From official Bluesfest website: We are thrilled to be bringing you our 3rd incredible Artist Announcement!

Headlining this announcement is ROBERT PLANT, the legendary front man of the band Led Zeppelin, presenting the Sensational Shape Shifters.

Led Zeppelin came to Australia in 1972 and a Robert Plant Tour of Australia has been long awaited by his Australian fans. He last toured in 1996 with Jimmy Page. Plant was voted in the Rolling Stone Readers Pick in 2011, ‘The Best Lead Singer of All Time’. Even greater is the news the he has been performing 8 Led Zeppelin songs on stage on his current South American Tour. Now the wait is finally over – Robert Plant is coming to our shores and will headline Bluesfest on Saturday 30th of March.

For full Festival line up go to www.bluesfest.com.au 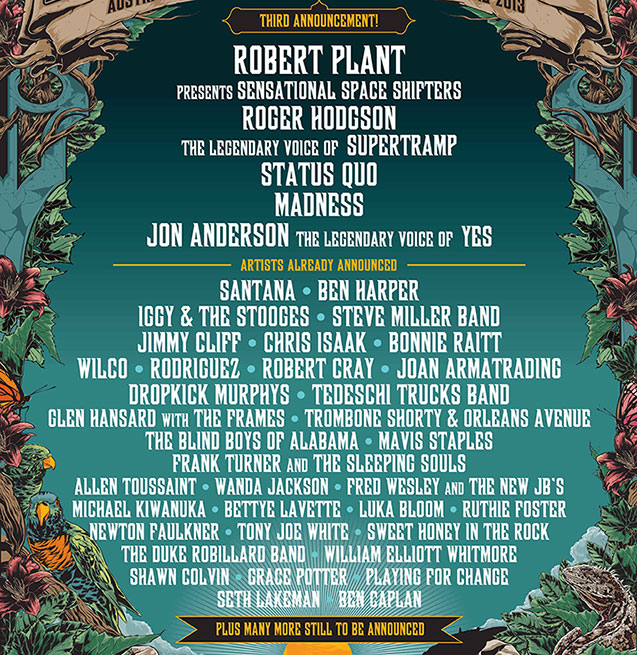