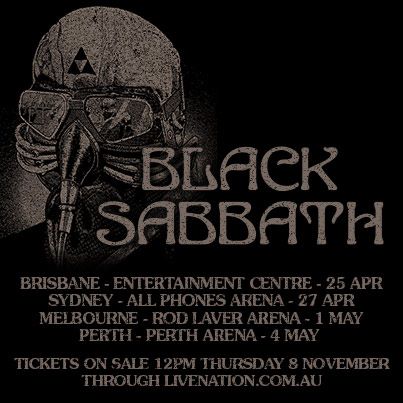 Black Sabbath – the band credited with creating heavy metal and one of the most influential bands of all time – today announced their widely rumored and highly anticipated reunion for their first Australian shows in nearly 40 years.

Original band members – the Prince of Darkness himself: Ozzy Osbourne, bassist Geezer Butler and guitarist Tony Iommi will make a thunderous return to Australia in April 2013 for arena shows in Brisbane, Sydney, Melbourne and Perth, in their first Aussie shows since 1974.

Tickets for these once-in-a-lifetime shows will go on sale at midday, Thursday November 8.

My Live Nation members can access tickets first, during the exclusive member pre-sale starting at 9am Friday November 2. Sign up at www.livenation.com.au

More than 40 years on, this Iconic band continues to be held in the highest regard:

Black Sabbath was honoured with an induction into the UK Music Hall of Fame in 2005, followed by the US Rock & Roll Hall of Fame in 2006, where they were inducted by Metallica’s James Hetfield and Lars Ulrich.  In June 2012 Black Sabbath memorably headlined the 10th Download Festival at Donington before a crowd of 100,000. They followed that show in August with a much talked about headlining set at 2012’s sold-out Lollapalooza Festival in Chicago.

Prepare to be blown away by these living Rock Legends: BLACK SABBATH. Never Say Die! 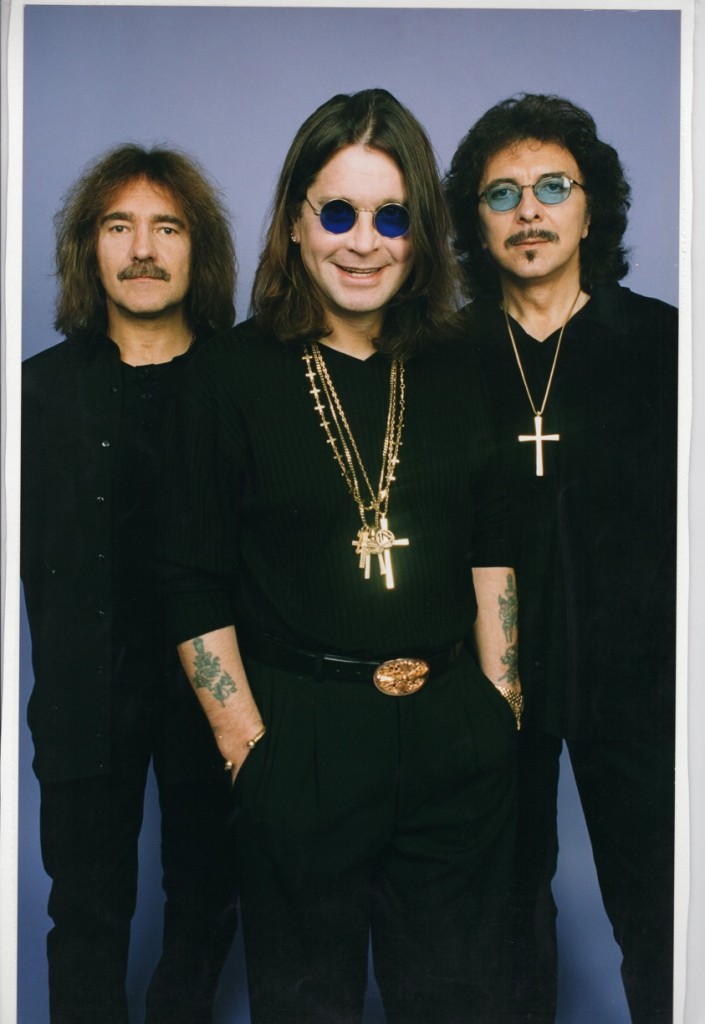