Against Me! Announce 2013 BDO Side Shows! 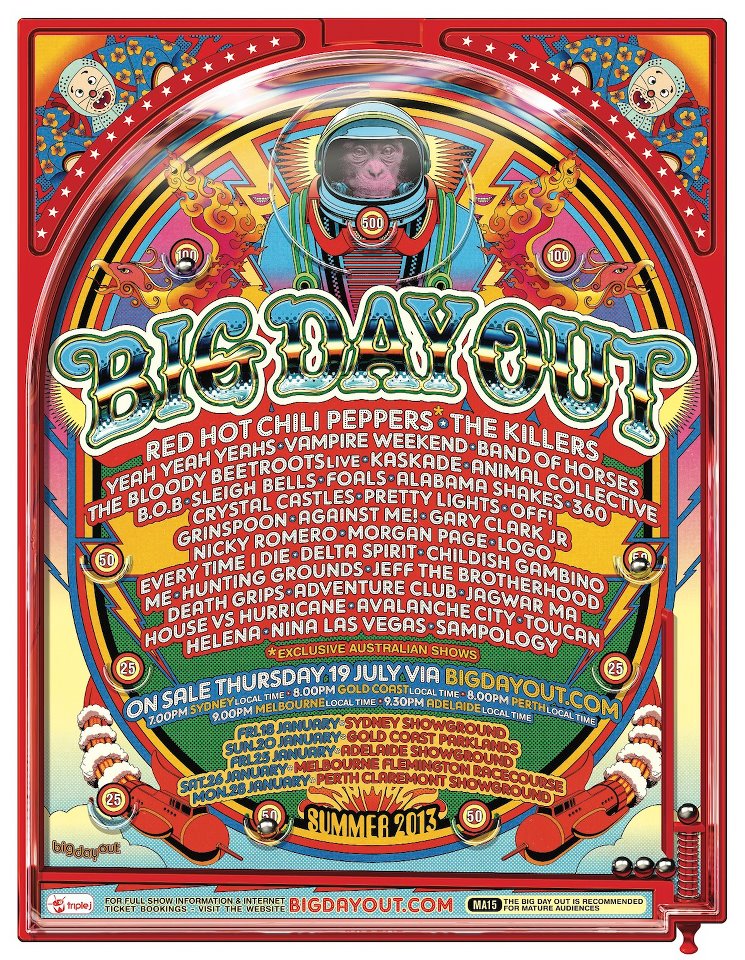 Against Me! Announce 2013 BDO Side Show

You asked for it, now here it is! Punk rockers Against Me! have announced sideshows in Sydney and Melbourne on top of their appearances at Big Day Out 2013.
Dubbed by Spin Magazine as one of the 25 greatest live bands, you can’t miss their explosive live set as they play classics and tracks off their sixth studio album: Transgender Dysphoria Blues.

Fronted by Laura Jane Grace (formally known as Tom Gabel), it’s a vocal performance Rolling Stone have described as “trademark, throat-shredding screams”
Your only chance to see the band outside of Big Day Out 2013

Tickets on sale 9am EST Thursday 11 October at www.bigdayout.com

The Killers Side Shows and Yeah Yeah Yeahs SOLD OUT!

Big Day Out 2013 headliners The Killers have sold out their side shows in both Sydney and Melbourne. The Yeah Yeah Yeahs side show has also sold out.

The Alabama Shakes will be the next to follow as tickets are selling fast.

Don’t miss out on your chance to see your favorite acts in an intimate setting. Head to the Big Day Out Side Show Page for information on shows from artists including The Bloody Beetroots, Alabama Shakes, Band of Horses, Crystal Castles, Animal Collective, Sleigh Bells, OFF!, JEFF the Brotherhood, Gary Clark Jr and Pretty Lights.

For those of you located in NZ you have an opportunity to see some of theBDO 2013 artists. These include Alabama Shakes, Band of Horses, Crystal Castles, Animal Collective and Pretty Lights.

BDO 2013 tickets will be available through Ticketmaster from Thursday 11 October and select Oztix retail outlets.

For more information head to the 2013 ticketing page for your city at: