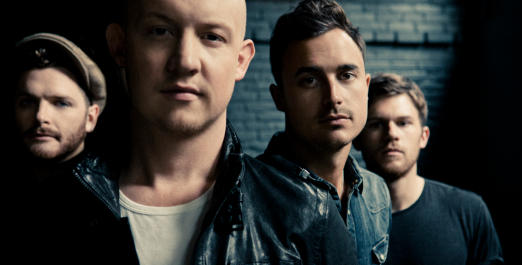 Already touring major arenas across Australia with Kelly Clarkson this September, Chugg Entertainment is thrilled to announce an exclusive show for fans of The Fray. Intent on giving their Australian fans a chance to see the band in a more personal setting, The Fray will be visiting Sydney to play one headline show only.

This one off show will take place at The Basement in Sydney on Wednesday 26th September.

Since forming over a decade ago, The Fray have released three albums including their debut How to Save a Life from which the eponymous hit single shot the band into international acclaim, and their third album, released this year, Scars and Stories. This latest release delivers a markedly moodier tone than their previous efforts. The quiet intensity and rousing spirit of the group’s new material will prove to be just right for the apt, intimate setting at The Basement.

This will be The Fray’s only headline show in Australia. Do not miss out on this rare opportunity to see an international band that has won three Billboard Music Awards and sold millions of albums up close and personal.