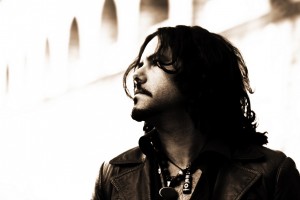 Following a hugely successful Australian & Canadian tour with The Tea Party, JEFF MARTIN will top the year off by touring Australia – Solo – this November/December.

The Tea Party’s Australian tour in July had the fans out in droves to capture the magic of the band that once was, and still remains.  After 7 years apart, the resurrection of the band saw Jeff Martin completely in his element, with a fire in his belly, performing at his absolute finest alongside his fellow band mates.

“Up front, Martin exudes a blend of self-deprecating charm and shameless showmanship that serves to elevate the evening to something more satisfying than a classic hits cash-in and signals the return of a newly-united force.”  – Inpress, Jul 2012

“Martin, dressed in leather despite the heat, strutted to the front of the stage and led the band into the modal rocker, his gorgeous and authoritative upper baritone/low tenor in fine shape after the band’s recent Australian tour.  His Gibson Les Paul strapped around his hips, Martin took over, laying sweet modal lines in between the band’s Zeppelinesque stomp and generally acting like he owned the place. (He did).”  Buffalo News – Aug 2012

For those who missed the The Tea Party’s recent Australian tour, a live Double Album was recorded and will be released in September through HERE , with a live concert DVD to follow in November.