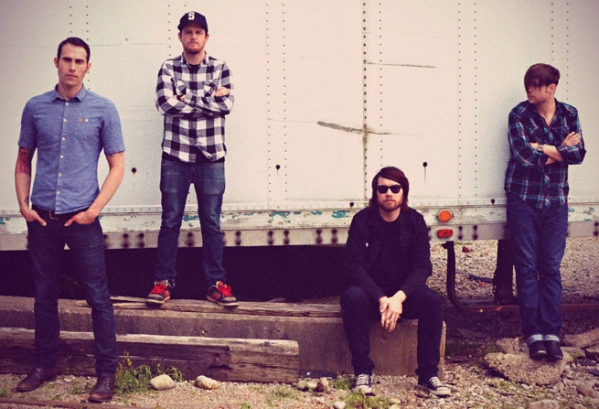 Destroy All Lines and Killyourstereo.com present

HAWTHORNE HEIGHTS WITH SIENNA SKIES
AUSTRALIAN TOUR 2012
HAWTHORNE HEIGHTS are set to make their well anticipated return to Australia in December this year to celebrate the 2nd release in their EP trilogy – Hope.
The Ohio quartet have been working solidly since they last hit our shores in 2006, releasing Fragile Future in mid 2008 and then their 4th studio album Skeletons hit shelves in 2010. This record was received so well in fact that it debuted at number 50 on the Billboard Album chart in America. Hope is the second in a 3-set of EPs the band are releasing on their own label Cardboard Empire.  Established in late 2011, HAWTHORNE HEIGHTS had concluded that starting their own label was the only practical way to release the music they put their blood sweat and tears into.

HAWTHORNE HEIGHTS have overcome obstacles that many bands these days would fail to endure – the devastating loss of band member Casey Calvert whom they had discovered had passed away on their tour bus, as well as long drawn out legal battles with their label Victory Records. These grief and hardships have inspired writing their best releases yet. Hate, the first installment, followed by Hope are great indications of the progress HAWTHORNE HEIGHTS have been making whilst still sticking to their original musical roots.

Joining them on all dates are Sydney’s SIENNA SKIES who have been making their way around the country tirelessly for the last couple of years, sharing the stage with acts such as: Underoath (USA) Asking Alexandria (UK) Attack Attack (USA) and The Amity Affliction to name a few. In 2009 the band released their debut album Truest of Colours and are set to release the highly anticipated follow up album later this year.

Friday, 7 December – Black Market, Adelaide 18+
Tickets at the door only

Saturday, 8 December – Bang, Melbourne 18+
Tickets at the door only

Thursday, 13 December – Hot Damn, Sydney 18+
Tickets at the door only

Saturday, 15 December – Thriller, Brisbane 18+
Tickets at the door only