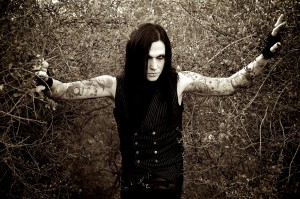 Since the announcement of WEDNESDAY 13’s sold out Annandale show the band and promoter have been inundated with hundreds of e-mails from disappointed fans. To cope with the demand we can now announce that the Friday 26 October show will now move to the Manning Bar. All tickets remain valid and new tickets go on sale Friday 3 August, 9am.

WEDNESDAY 13 has firmly cemented himself as the undisputed leader in Horrorpunk.

With an unruly live show of fun and debauchery, WEDNESDAY 13 manages to always turn any live event into a macabre party; “Everyone leaves sweaty, smiley and enthused by what they just witnessed…they are everything that is right with rock music today” – caughtinthecrossfire.com

WEDNESDAY 13 will be bringing his gore-filled, ghoul-fest, sleazy live shows to Australia in October and will leave fans begging for more!