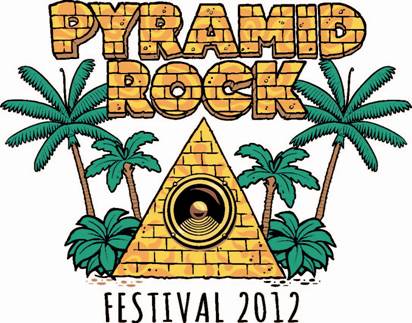 Calling all Kings and Queens of Pyramid! It’s gonna be a loud and proud party this New Year’s Eve at Pyramid Rock.

Turning nine years old, Pyramid will see in the dawn of a new age in spectacular style! Set on the majestic cliff tops of Victoria’s Phillip Island with the ocean providing the dream backdrop. Summer camping under the stars with mates, and a lineup of acts that are set to rock you hard well into 2013!

Pyramid Stars of 2012
A galaxy of suggestions later and the Pyramid punters have spoken! We are stoked to be on the same page and presenting a killer lineup, and proudly, one with majority Australian artist representation! A lineup that really excites

and is set to have the festival’s state-of-the-art concert system humming like it should be.

This is a line up harvested from the roots that Pyramid has grown from and signals The New Age!

In alphabetical order – GET OFF the road Frodo…

….plus more bands and DJ’s to be announced.

Same amazing place for the ninth year and the same price for third consecutive year.

2 DAY AND 3 DAY TICKETS ON SALE

9AM AEST TUESDAY 4 SEPTEMBER from www.thepyramidrockfestival.com 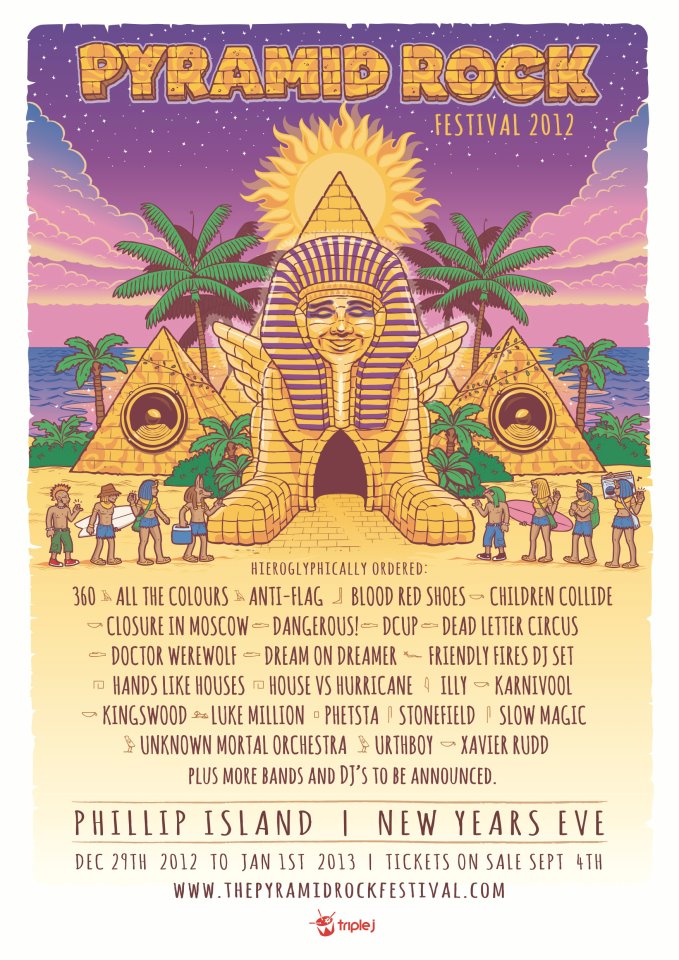