MOTÖRHEAD to release ‘The Complete Early Years’ on 19 November 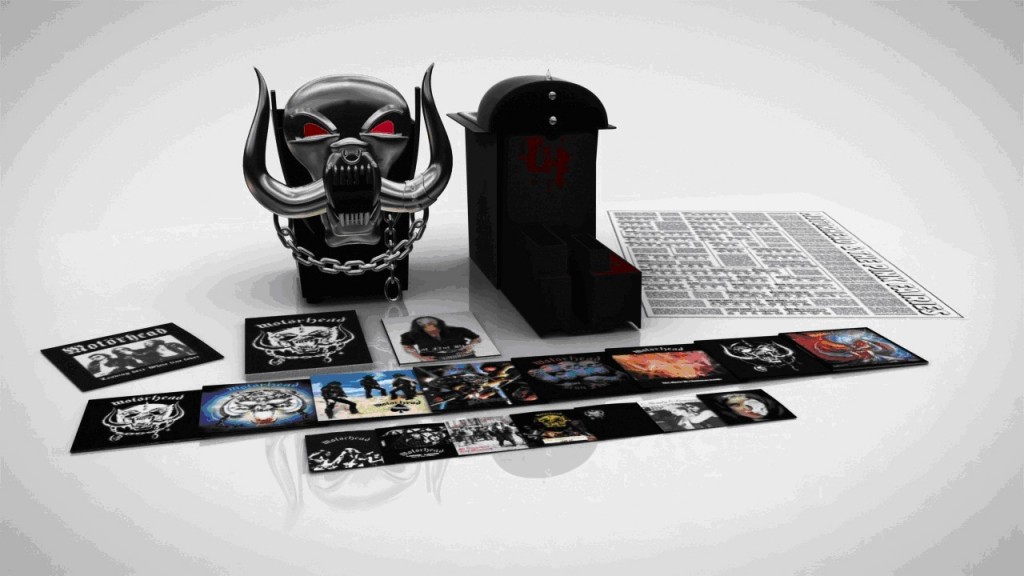 In celebration of over 35 years in the business for Motörhead, Sanctuary/UMC is very excited to officially announce the release of Motörhead’s, The Complete Early Years boxed set. This limited collector’s edition, housed in a unique Motörhead case, is a truly remarkable set, containing eight albums, seven singles and a 7” vinyl.

Also included is a limited edition family tree plus a photo book and collectors guide, making the The Complete Early Years box set a must-have for any Motörhead fan. Excitement has already been growing amongst fans as they have been speculating and discussing the set on sites and forums.

Motörhead’s iconoclastic frontman, Lemmy formed the group following his unceremonious sacking from Hawkwind after an unfortunate narcotics misunderstanding at the Canadian border. Naming his new group after the very last song he wrote for Hawkwind, he quickly went on to invade the UK singles and album charts with the unstoppable Motörhead and their thrilling new genre, known as “speed metal”.

Motörhead enjoyed huge success in the early 1980s with several successful albums: Overkill, Bomber, Ace of Spades and, in particular, No Sleep Till Hammersmith, which cemented Motörhead’s reputation as one of the UK’s foremost rock bands. The group’s popularity has never waned and their 20th studio album, The Wörld Is Yours, has just been released internationally. Motörhead will be touring the UK throughout November.