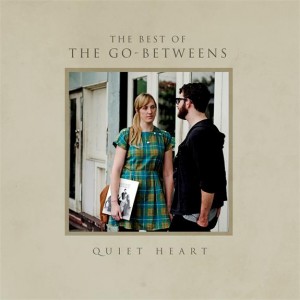 To be released on August 31, ‘Quiet Heart: The Best Of The Go-Betweens’ is an eighteen-track compilation curated by past band members Robert Forster, Lindy Morrison, Amanda Brown and Robert Vickers to celebrate the work of the group. The album is the first retrospective to span The Go-Between’s entire working life. It is coupled with a bonus live disc, Vienna Burns, which captures The Go-Betweens on stage in 1987.

The Go-Betweens started life in Robert Forster’s imagination. The tall boy from the suburbs of Brisbane dreamt big. In the mid-1970’s Grant McLennan arrived from the wilds of tropical Cairns to attend boarding school in the same city. The pair met each other while students at the University of Queensland and bonded over foreign cinema, literature and music. If they hadn’t formed a band, they would have become filmmakers. Thankfully, they becameThe Go-Betweens.

1978, the year they formed, was a period of DIY. Rudimentary chords were exchanged, songs were written and vinyl singles were cut. Forster and McLennan recorded and played with a number of drummers while recording a clutch of classic singles, such as ‘Karen’ and‘People Say’, for the indie label, Abel.

The line-up expanded to a permanent trio when drummer, Lindy Morrison, joined the band: setting off on a grand adventure that took their music around the globe. Large-scale commercial success eluded The Go-Betweens in their lifetime despite rock critics praising them and their work being released on prestigious overseas labels such as Capitol, Beggars Banquet and Rough Trade.

The Go-Betweens soon belonged to the world, cutting a slew of remarkable albums. First came Send Me A Lullaby (1982) and Before Hollywood (1983). Robert Vickers joined on bass as The Go-Betweens recorded Spring Hill Fair (1984) and Liberty Belle And The Black Diamond Express (1986). Amanda Brown joined the band, bringing violin, oboe and her divine vocals to the band’s next album Tallulah (1987).

Critics from Rolling Stone to the New York Times sang their praises as the band were feted from Berlin to New York and back to their adopted home in London.

Robert Chistgau writing in the Village Voice called Forster and McLennan “the greatest songwriting partnership working today.” They understood the aesthetic of Warhol and got the mystery of Rimbaud and tied it all up in glorious, and sometimes oblique, three-minute songs. Among them you’ll find ‘Spring Rain’, ‘Bachelor Kisses’, ‘Right Here’, ‘Bye Bye Pride’ and ‘Part Company’. While the lyrics could be acerbic, the melodies, however, remained bullet proof. Fans and critics alike felt a calling to spread the word.

16 Lovers Lane (1988) saw Robert Vickers depart and John Willsteed, a friend from post-punk Brisbane, join. Again, they toured the world and, as if it was possible, the songs got better. It’s here you’ll find: ‘Streets Of Your Town’, ‘Dive For Your Memory’, ‘Love Goes On’ and ‘Quiet Heart’.   As the eighties drew to a close, after six albums in seven years and relocating back to Australia, the band broke up and Robert and Grant decided to pursue solo careers.

Like all great stories, The Go-Betweens still had a third act. Forster and McLennan were back in Brisbane. It was almost like the old days, they hung out. They’d talk about books and music. They wrote a film script. A decade had passed; the mood felt right, stars aligned and acoustic guitars were put to good use. It was inevitable; the magnetic lure between the pair and the reawakened muse saw The Go-Betweens back in the studio.

They recorded The Friends of Rachel Worth in 2000. Adele Pickvance (bass) and Glenn Thompson (drums) joined the band as they set out to play to new audiences: Bright Yellow Bright Orange arrived in 2003 and was followed by their final masterpiece,Oceans Apart, in 2005.

The Go-Betweens were now being name checked by a new generation of bands such as Belle & Sebastian and Teenage Fanclub. They also continued the lofty standard of songwriting with songs like ‘Here Comes A City’, ‘Darlinghurst Nights’, ‘The Clock’ and‘Finding You’.

Tragedy struck when Grant McLennan passed away at his home in Brisbane in May 2006. It was unexpected and the band was no more. The songs live on. And that musical dream, conjured up by Robert and Grant all those years ago, refuses to fade. 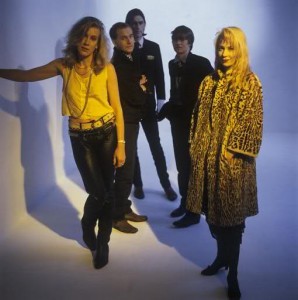 QUIET HEART: THE BEST OF THE GO-BETWEENS