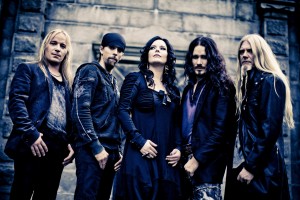 NIGHTWISH return to Australia and to New Zealand for the first time in January 2013, bringing their dramatic and symphonic sound. Equal parts epic metal and gothic symphony, in the modern gothic genre NIGHTWISH stand alone. Their combination of seductive, emotional vocals and gallant guitar melodies are like a dark embrace you never want to be freed from.

Gracing our shores for the first time since their sold out national tour of Australia of 2008, NIGHTWISH will be performing tracks from their latest record IMAGINAERUM, out now.

IMAGINAERUM is an audio visual testament of what Nightwish have always been about.

After their last album – Dark Passion Play – they knew they wanted to do something so big, detailed and innovative that it would leave the people experiencing it completely awestruck. So instead of a concept album, the band set the album to a film to accompany the album. Enter the dream emporium…Imaginaerum.

Joining Nightwish in Sydney and Melbourne as the main support is Swedish Rockers SABATON, supporting their latest release Carolus Rex and who is one of the hottest acts in Europe.

Also supporting NIGHTWISH on the rest of the Australian tour are EYEFEAR, BLACK MAJESTY (not Sydney/Auckland) and DARKER HALF in Sydney. 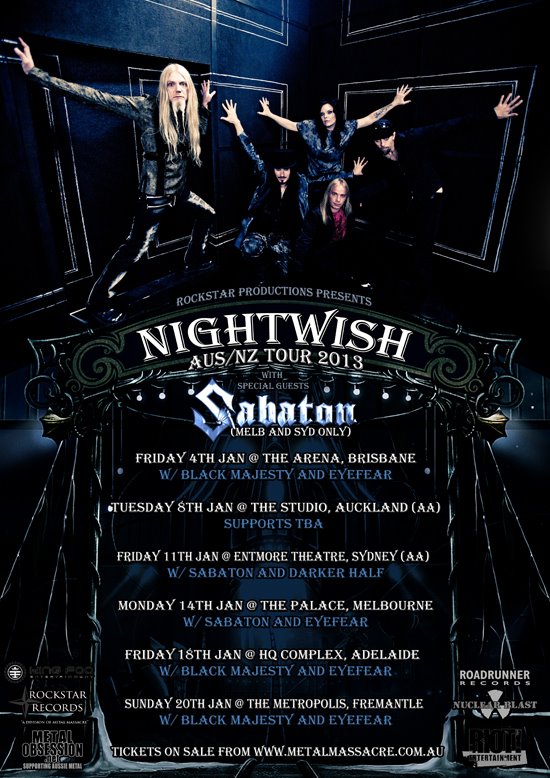