Nickelback bring the ‘Here and Now’ tour to Australia in November 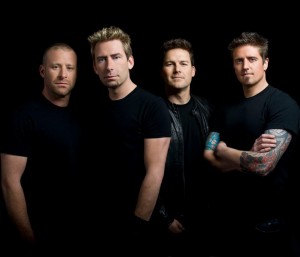 It’s been three years, and Nickelback is on it’s way back Australia! Tickets for all five shows will go on-sale Tuesday, July 31 at 9.00am (local time), available through Live Nation and Ticketek.

Currently making a fifty-four city trek throughout North America, Nickelback will head down under for a national tour starting in Perth on November 17, with stops in Adelaide, Brisbane and Sydney before winding up in Melbourne on November 27. They will be performing hits and chart-topping singles drawing from their seven-album arsenal.

Nickelback last toured Australia in 2009, with the extremely successful ‘Dark Horse Tour’, where the band performed for nearly 100,000 Australian fans. In total, the ‘Dark Horse Tour’ saw Nickelback performing for nearly two million fans with more than 120 shows around the world including stops here, as well as New Zealand, Japan, Dubai, the United Kingdom, Germany and North America.

Released in November of last year, the band’s current album ‘Here And Now’ – the biggest international release in Nickelback’s history and ARIA #1 – is home to hit singles ‘Lullaby’ and ‘When We Stand Together,’ with both tracks reaching #1 on the iTunes rock chart.

‘Trying Not To Love You,’ the third single to be unleashed from the #1 selling album ‘Here And Now,’ is at radio now.