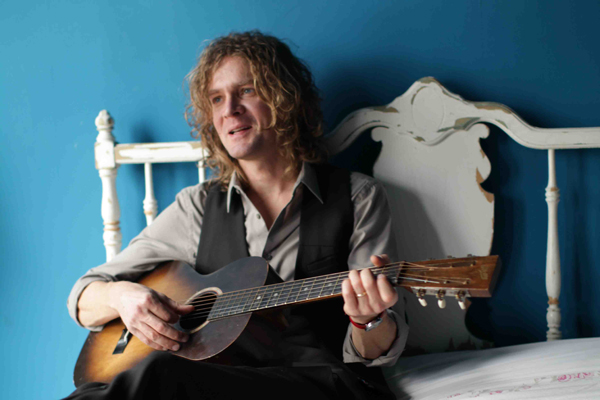 “I never set out to be a solo artist, I didn’t, and I never wanted to be.  I always wanted to be part of a group and I think this record felt like that, it felt like a group.”

You may know Brendan Benson from his work along Jack White in The Raconteurs aka The Saboteurs, but be aware that Brendan has been making music as a solo artist for the best part of fifteen years.  Four solo albums in and now comes his fifth and finest to date with ‘What Kind Of World’ a great collection of songs written and created in Nashville where Brendan now resides.

We were lucky enough to be able to talk to Brendan about the record, how Nashville has influenced it, and if a couple of grand is enough to give a jazz band to use their name…

Firstly, thank you for a great album; I’ve really enjoyed listening to it.
Oh cheers, thank you.

‘What Kind Of World’ has been out for a while now in The US and UK, how has the reaction been to it so far?
I think it’s been pretty good you know?  Honestly and maybe shamefully to say, I don’t keep track so much anymore.  I don’t know how it charted and I don’t know how many units it sold or anything like that ha ha.  From what I can tell from what little touring I’m doing, it seems to be going really well, it seems to be going OK.

For those that may not have heard it yet as it hit stores in Australia just over a week ago, can you give us your sales pitch as to why it’s something that people should check out?
Ha ha ha oh no, you’re asking the wrong guy… sales pitch… well, I think I’ve never been to Australia in all my years of doing this which is very strange, and, I’m kind of anxious to know what Australian feel about it.  I don’t have much of a relationship with you.  That would be my sales pitch… check it out and listen to it, if you like it, I’d love to come there and play for you and see how we get on ha ha ha.

Was there specific inspiration behind the songs on this album?
Yes and… it’d be on a case by case basis.  I think a lot of times with my songs there is something specific, a catalyst or whatever for it but I also like taking artistic license and just kind of making it open to interpretation and available to many people.  Not to sound generic, but, I like songs that can kind of evolve, you know, mean something to you one day and then maybe years later mean something different to you.

How would you say personally it differs from your other four solo releases?
Well… geez, I don’t know, I’m older ha ha ha.  Hopefully I’m a little wiser and I guess the main thing about this record, and the coolest thing about this record is the people that played on it.  You know, it was Jon and Ken from ‘The Posies’, my friends Brad Pemberton and Mark Watrous, Sam Farrar, I kind of feel like I had this all-star cast playing on it which made it really fun for me, and really inspiring and kind of raised the bar a lot of times and instead of doing it on my own. In the past I’ve done a lot of it on my own and this time I think there was just a lot more people involved and consequently a lot more personality and more colour I guess. 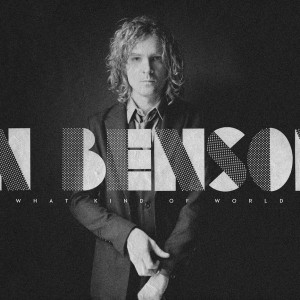 Did you in fact do anything on this release that you hadn’t tackled on your previous releases?
Yeah, I think a lot of times handed over the reins, I was playing with this amazing band, a bunch of great players, so it was almost like playing with ‘The Raconteurs’ which I love to do, and I never set out to be a solo artist, I didn’t, I never wanted to be.  I always wanted to be part of a group and I think this record felt like that, it felt like a group.  We talked to each other about things, we said “Let’s try this”, “Let’s try that”, “I think that sucks”, “No, I like that” and there was a lot of back and forth and brainstorming, and that’s what I love about music, really, honestly, for me playing music, I don’t always have fun doing it all myself ha ha.

Taking on the producer role for the album, what is it about behind the scenes so to speak that you enjoy?
I mean I suppose the producer role in this case, was mostly logistical, just organising and coordinating with the people, the players and getting everyone in the same space at the same time and knowing what we were going to play.  There was actually two bands, almost two formations, one with Ken and Jon and the other with Mark and Sam, so that was kind of fun and strange to think ‘Well I think Ken and Jon might be better for this song’ and ‘maybe Mark and Sam would be better for this song’.  So that was kind of my producer role and that was behind the scenes, and that wasn’t actually a whole lot of fun ha ha ha, the fun part came when we got in a room and just started jamming and a lot of times my ideas were out the window, it was like, ‘Nah I think we should try this song, this is better.’

Obviously Nashville is called ‘Music City’ do you feel that you wouldn’t have been able to make this album if you didn’t make it there?
Hmm… possibly, I’ve never thought about it.  Things lined up for me here, very well, I sort of became friendly I’d suppose you say, or almost partners with a guy in town who owns a studio, which is ‘Welcome to 1979’ where I made the record, and that was a huge help for me, a great advantage.  By the time I made this record, I knew the studio very well, I knew the people there, I guess I can’t imagine making it anywhere else, I don’t know what I’d do? I might have gone to some studio somewhere with somebody where it was all very matter of course and that might not have been the best thing for me you know?  I feel at home in this studio.

Tell us about your label ‘Readymade Records’ and how that came about?
I think it was out of necessity, a matter of survival.  I’ve been through the mill and I think it was finally, it took me meeting my present manager Emily White to give me the confidence and the tools to do it.  I’ve always thought about doing it, putting out my own records, but I had no idea how to do that.  I’m not like a business guy and she’s really smart about that, she really knows a lot about the music business and business in general and especially the music business presently, which is so elusive for me ha ha, I don’t understand it.  So she suggested it I think, we just had a conversation I said “Well where are we going to take this record?” and she said “Well why don’t we just do it ourselves?”  I said “Wow, OK, cool, let’s do it and while we’re at it, can we put out some other records too that I like” ha ha.

What’s the status of that?  Are you looking to work with any artists on it?
Yeah, I’ve done, I think I’ve made about four or five records this year. ‘Young Hines’ is a guy whose record I made and it’s out, so give me my change… I don’t know if it’s out in Australia?  I don’t know what the deal is.  There’s another band here in town called ‘The Howling Brothers’ who do cold of old time bluegrass almost sometimes and folk and whatever, and then ‘Cory Chisel’, I wonder if he’s been to Australia?  He’d be a big hit there, but Cory Chisel record is really, really cool.  They’re all so great, I’m super proud of them.

Ha ha, I thought for a second you said Cold Chisel, which is a huge Australian band?
Oh really?  Cold Chisel? Ha ha, I’ve got to tell him about that, that’s great ha ha ha.

You mentioned the band before, but did it ever annoy you that ‘The Raconteurs’ had to be called ‘The Saboteurs’ in Australia?
No I think it kind of worked out for the best, I mean I was a little bit concerned about maybe just the confusion, but in the end I think it’s pretty cool.  I mean the artwork was different, I don’t know ha ha, maybe there was some confusion?  I liked that sort of stuff when I was a kid growing up, when I was collecting records like a maniac, that kind of stuff I’d love that.  I’d be like ‘I need the Australian import of The Saboteurs, I need that artwork.’  There was a band there already called The Raconteurs, we contacted them could we use the name, could we offer them some money and use the name?  I think we offered them a couple of grand or something like that and they came back with a counter offer which was like ten grand or something ha ha ha, and we said forget it, we’ll just go with ‘The Saboteurs’, as actually ‘The Saboteurs’, we had been kicking around that name so it was like one of the names we were actually considering in the first place.

Is there any chance of another record from ‘The Raconteurs’ in the near future?
Probably not anytime soon, but it’s not out of the questions.  We all live within a mile radius of each other and we see each other a bunch, and my kids play with Jack’s kids and it’s just a matter of timing really, whenever the time is right, it may never be right, I don’t know.

What does the rest of 2012 have in store for you?
So, let’s see, I got to Europe I think in August, kind of a quick trip to do some festivals, geez I’d have to check my calendar actually.  It’s been a very leisurely tour for me, I kind of requested that because I have a two year old and I didn’t really want to be away from him for very long so it’s been kind of here and there touring, which has proven to be not so great, I’m not liking it so much.  Just when we hit our strides it’s over and I go home for a couple of weeks, the good thing is I get to hang out with my son, but I don’t know, I think it’s best to do it all in one go.

Hopefully we’ll see you down here one day…
I would love that, I’ve never been there.