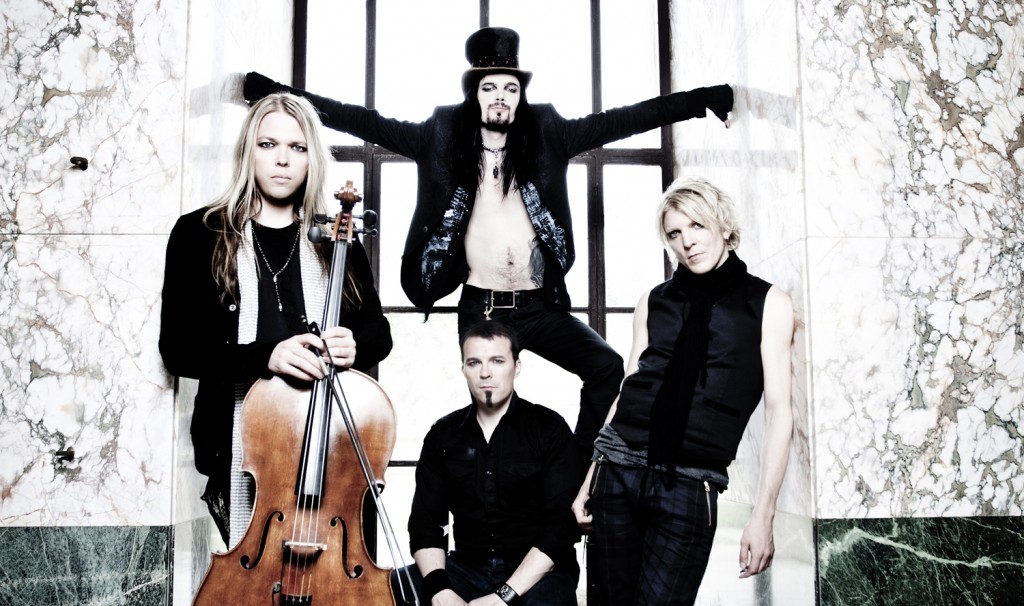 Apocalyptica are coming. Twenty years from inception, one of the biggest names in European metal is finally touring Australia. Combining classical nuance with brutal breakdowns, this fantastic Finnish four-piece are quintessential Eurock with a difference. They are metal, with cellists.

Their track Beautiful is particularly bare and vulnerable, but it may have something to do with its unique recording process. “We decided to play it naked,” songwriter EiccaToppinen says. “It was a moment where there were four guys naked in the room just playing acoustic music. Being naked always brings good feelings. Immediately, it was much more fun.”

7th Symphony’s guest stars and subsequent reception may be staggering, but it’s perfectly in keeping with their pedigree. Interestingly, Apocalyptica was originally formed as a cover band, and a simple creative outlet for Toppinen and three of his classically-trained classmates at Helsinki’s Sibelius Academy. Their debut release – a Metallica covers album – created a stir amongst fans, but the band eventually blossomed into their own beast with 2007’s World’s Collide (which featured Slipknot’s Corey Taylor, Lacuna Coil’s Cristina Scabbia, Rammstein vocalist Till Lindemann amongst others), which rocketed onto the Billboard charts without warning, landing at #59 on the Hot 200 and never looking back.

Now with over four million album sales worldwide to date and a reputation for an incredible live show under their belt Apocalyptica make their first ever trip to Australia this August. Don’t miss these unique live performances.

Tickets on sale 9am Friday the 29th June