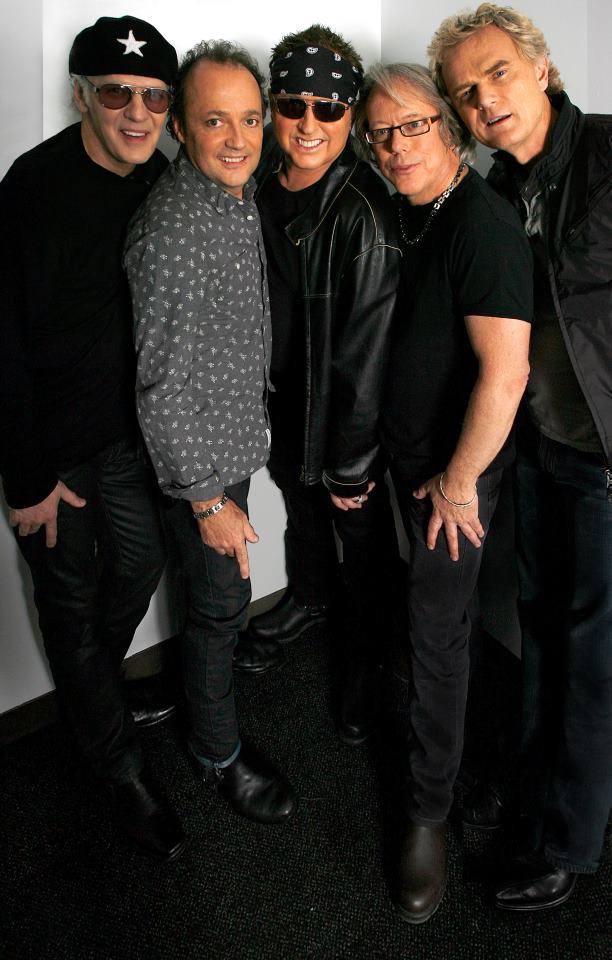 We thought it our duty to update you on one of the finest melodic hard rock bands from the 80’s….well hey, they are still going strong, so kind of ignore that “from the 80’s comment….”.  With an upcoming USA summer tour with Journey and Pat Benatar and a new song ‘Heartbreaker’ recently coming to our attention who they reunited with producer Bob Rock who engineered the bands very first album back in 1980.

So if you haven’t been brought up to speed with the Loverboy latest, then continue reading on for the latest official news straight from www.loverboyband.com…

April 9, 2012 — They’ll not only be working for the weekend, but almost every night in between, as legendary Canadian rockers Loverboy return to the road and keep it up with Journey and Pat Benatar featuring Neil Giraldo for an arena tour that gets underway July 21 at the San Manuel Amphitheatre in San Bernardino, CA, running all the way through December. Scheduled 2012 tour information is listed below.

Tickets for some concerts are already on sale with additional on-sales starting this Friday (4/13), at all the usual online, phone and physical retail outlets, including select Wal Mart Ticketmasterlocations across the country.

With trademark red leather pants and bandanas to match their huge rock sound and high-energy live shows, Loverboy has sold more than 10 million albums and earned multi-platinum plaques for albums such as their self-titled debut LP, Get Lucky, Keep It Up and Lovin’ Every Minute of It. The string of hits includes the band’s smash anthem Working for the Weekend, and the hits “Hot Girls in Love,” “Turn Me Loose” and “Lovin’ Every Minute of It.”

The band recently reunited with Bob Rock, who engineered their very first album back in 1980 which was produced by Bruce Fairbairn, for a new song, “Heartbreaker.” In addition, lead singer Mike Reno penned “Flying High,” the anthem for the Vancouver Canucks’ Stanley Cup playoff run last spring. Last June, Loverboy performed “Working for the Weekend” live on Fox News Channel’s top-rated Fox and Friends.  A performance of the new single, “Heartbreaker,” was made available as an exclusive on www.foxandfriends.com as part of the program’s “All American Summer Concert Series.”

The group’s new single, “Heartbreaker,” produced by Juno award winner Bob Rock, who was the engineer on Loverboy’s self-titled, 1980 debut, is now a video. It premiered exclusively on NBC’s The Today Show site Today.com, with an accompanying article which you can read at http://today.msnbc.msn.com/id/44062156/ns/today-entertainment/. Rock also has a cameo in the clip, which was inspired by the kind of DIY viral videos popular on YouTube.

Guitarist Paul Dean, who formed the band in Calgary, Alberta, 30 years ago with vocalist Mike Reno, going on to sell 10 million albums, said, “I really like that the video looks organic and real. We learned from the best videographers around…all those kids who post their short films on the Internet, like the skateboarders.”

Reno also points to the Web for the renewed interest in the band, whose four multi-platinum albums have yielded such arena-rock hits as “Working for the Weekend,” “Hot Girls in Love” and “Turn Me Loose.”

“I’m happy and gratified with what we’re doing now,” Reno told Today.com. “We’re still here, the fans are still here, now they’re bringing their kids. For me, it just couldn’t get better. We are surrounded by a whole new breed of youngsters that know all the words.They got the headbands on, they got the T-shirts…”

Loverboy’s  pop culture credibility was cemented by last season’s 30 Rock episode in which Scott Adsit’s amateur musician Pete Hornberger revealed he was actually Loverboy’s original bassist, showing him inserted into vintage ‘80s footage of the band wailing away on “Working for the Weekend,” which you can see at http://www.hulu.com/watch/217096/30-rock-its-never-too-late-for-now. The same song was also featured on a recent episode of Comedy Network’s popular Regular Show, now posted on YouTube http://www.youtube.com/watch?v=k4AC0uvU0jQ. It was also part of a memorableSaturday Night Live skit featuring the late Chris Farley and Patrick Swayze as a pair of Chippendale dancers here.

For more information, go to www.loverboyband.com 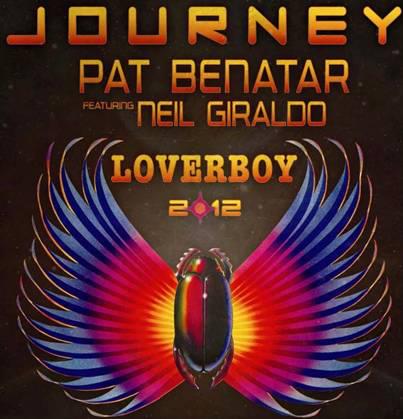