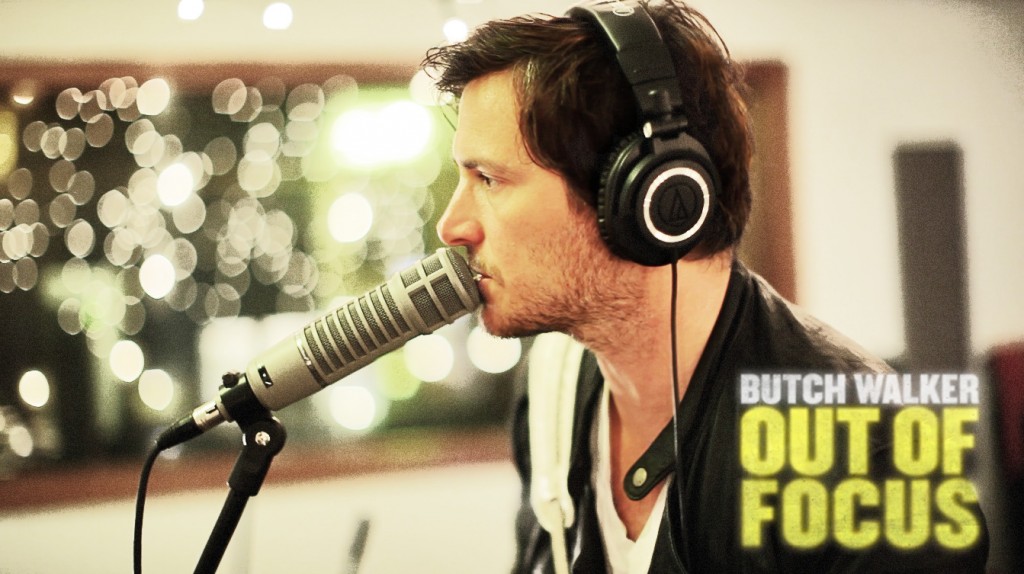 This news in via Butch Walker: “What’s up friends?? I have missed chatting with you all about stuff, but a boy’s gotta work. And by work, I mean making music for me and people I like. The topic at hand though is….. Documentaries. Do you like them? I do. I watch them all the time. I also like them when they are music docs. Well, it just so happens that a couple of chaps named Peter and Shane followed me around and filmed my every move and decided they wanted to make a documentary film. At first, I was skeptical because well… It’s narcissistic as shit, but they tricked me into thinking it was gonna just be a piece on me and the Widows making our last record The Spade. Turns out they just kept on shooting after that… For a year. They somehow convinced me to let them put it out, so here goes nothing….

It’s called “Out of Focus” and it will be debuting at the Nashville Film Festivalon April 24th. I think I will come down to Music City USA for this and maybe if I am not busy throwing up from nerves, I am gonna sit quietly in the corner eating popcorn, then if you guys want, I will play a show at a venue called 12th and Porter the next night on April 25th. It will be a special intimate show with just yours truly, playing some songs and shooting the shit with you. I hope you all will come. It’ll make me feel a lot better about the whole thing.

Here’s all the info you need!

See you in nashville y’all!