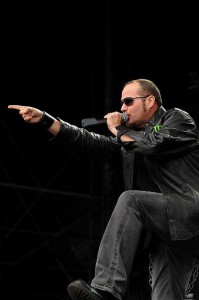 For the first time solo in Australia and New Zealand, Tim Ripper Owens performing Judas Priest classics, along with tracks from DIO, ICED EARTH, YNGWIE MALMSTEEN plus his own solo projects.

Owens is without doubt among the most important metal vocalists of the past fifteen years. When he joined JUDAS PRIEST in May 1996, succeeding Rob Halford, the press rubbed their eyes, surprised as well as impressed: Owens had previously been a fairly unknown singer to international music journalists with only a few aware of him from his band WINTERS BANE but he recorded his first PRIEST album, the Grammy-nominated “Jugulator” (1997) with more aplomb than even insiders had expected. Following successful tours with the British metal legends, the strong studio recording “Demolition” (2001), and the live recordings, “Meltdown – 98 Live” (1998) and “Live In London” (2003) were released as well as the movie “Rockstar”, which was loosely based on Tim’s experience with JUDAS PRIEST.

Halford’s return put an end to Owens’ stint with JUDAS PRIEST however he was more or less Immediately enlisted by Jon Schaffer to team up with ICED EARTH to sing on “The Glorious Burden” in spring 2004. Three years later, Owens followed suit with the ICED EARTH album “Framing Armageddon (Something Wicked Pt. I)”, which succeeded the self-titled highly praised debut by his own band BEYOND FEAR. Spring 2008 saw Owens move on to join one of the world’s best guitar players Yngwie Malmsteen, debuting with a sensational vocal performance on “Perpetual Flame”. This was was followed in 2010 by the critically acclaimed Malmsteen outing “Relentless”. In 2011, Ripper joined with DIO band-members to create Dio Disciples, which has toured Europe and the US to keep alive the music and legacy of the late Ronnie James Dio.

This is your first chance to see one of the most important vocalists of our time – THE RIPPER! 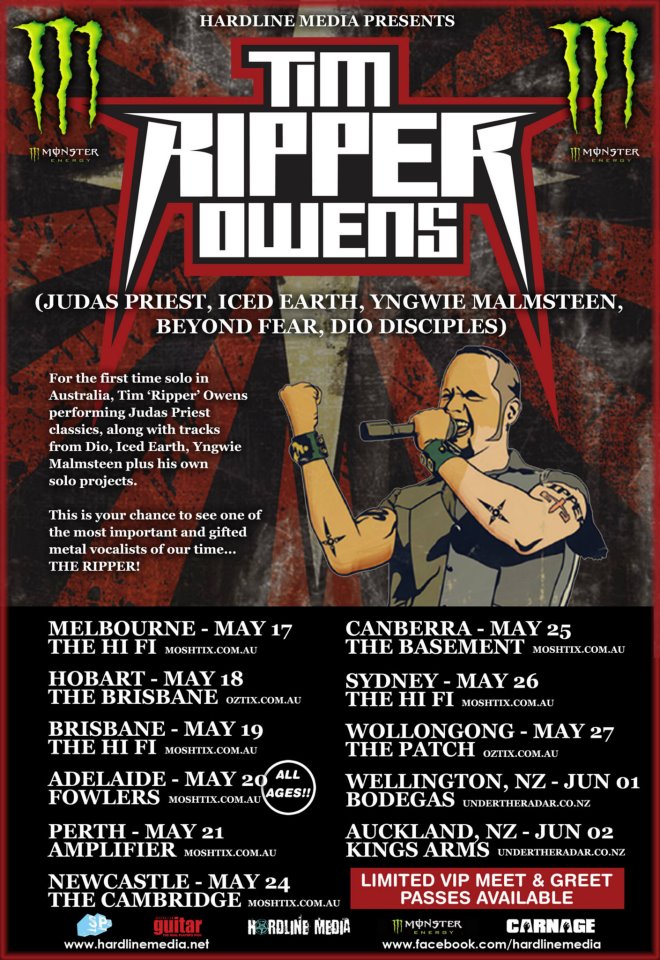