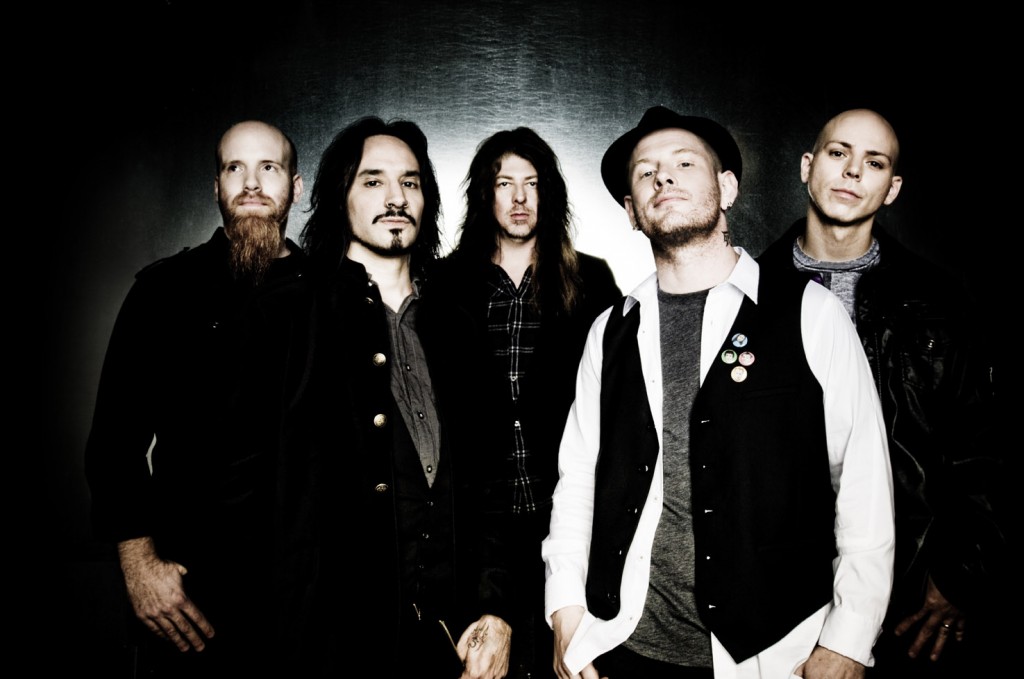 Stone Sour, the Gold-certified, Grammy-nominated rock band, are proud to announce that they will begin recording their fourth album in March for longtime label Roadrunner Records. With most of the new album already written, the band will soon head into Sound Farm Studios just outside of their native Des Moines, Iowa with producer David Bottrill (Tool, Muse, Staind). The album is expected in the Australian spring of 2012, two years after the band’s most recent long player Audio Secrecy, which debuted at No. 6 on the Billboard chart, No. 1 on the U.S. iTunes Rock Album chart, and scored the highest international debuts of the band’s career including Top 5 charts in Germany, Japan and Austria, and Top 10 in the U.K. and Australia.

Audio Secrecy also yielded the worldwide No. 1 smash single ‘Say You’ll Haunt Me’, which sat atop the Active Rock chart for eight straight weeks, and was the No.1 Mainstream Rock Song of the Year in 2010 and a top 10 Active Rock song of the year.  Stone Sour released Audio Secrecy to much acclaim, including magazine cover features in Revolver and Guitar Edge along with placements in Vice, Inked, Huffington Post, SPIN and more. The band also performed on Jimmy Kimmel Live! during the album cycle. Now, they are preparing to make their much anticipated return and the table is being set for another breakthrough performance from Stone Sour.

“This album will be another progression for the band,” stated guitarist Josh Rand. “Musically, we have always challenged one another to push things to our limits, and this record is no exception.” Rand also shared some details about the album’s lyrical and storytelling narrative, saying, “Lyrically, the album follows one character to that complex moment in his life, when he finally has to decide which path to take.  It’s a spiritual and moral power play for control of what this man will be for the rest of his life. Each song will tell the story from different sides of the character’s personality, with the listener ultimately deciding how the story ends.”

To get fans excited for the next chapter of Stone Sour, Roadrunner will be giving away a digital copy of ‘The Pessimist’, a new single which appeared on the Transformers 3 soundtrack. To grab your copy of the song, visit www.stonesour.com

Stone Sour’s self-titled debut, also certified Gold, spawned the band’s first breakthrough hit ‘Bother’, which was spotlighted on Spider-Man soundtrack. The band next released the gold-certified Come What(ever) May, which debuted at No. 4 on the Billboard Top 200 Album Chart and spawned three radio hits: ‘Sillyworld’, ‘Made of Scars’, and the No. 1 smash hit single ‘Through Glass’. Their third album Audio Secrecy also yielded several radio hits, namely ‘Say You’ll Haunt Me’, which was the Mainstream Rock Song of the Year in 2010.

The new album from Stone Sour will be released through Roadrunner Records later this year.