It’s been twelve years since Brit rockers Reef graced Australian shores, in June 2012, they return for a national tour.

Reef’s killer live shows have gained them a huge following across the globe and made them a favourite at festivals, including Glastonbury and Reading.

Reef formed in 1993, signing to Sony imprint S2 Records the following year. Their debut album Replenish (1995) achieved Gold status and saw the band play shows with the Rolling Stones, Paul Weller and Soundgarden.
Their sophomore LP Glow (1997) stormed the UK Charts at Number 1 and included the smash hit single Place Your Hands. The third studio LP Rides (1999) came along two years later, produced by George Drakoulias and in the same year the band saw off the likes of Oasis and Pulp to win the Music Industry’s Soccer Six competition.

This month Reef are releasing an incredible box set that compiles all these phenomenal successes and lovingly documents the story of how West Country’s finest sons went from fledgling band to one of the best loved rock acts of the nineties.

Their complete recorded works is included in this all-encompassing box set. Spanning across their ten year career, the 9 CD and 1 DVD package features every commercial song recorded, including their very first demo ‘The Purple Tape’ – which lead to the band being signed to Sony – as well as b-sides, demos, live tracks, rarities and previously unreleased and unheard material. The DVD includes all music promo videos, TV appearances and interviews and some home movie footage capturing the story of this iconic ‘90’s band.

Beautifully packaged the box set also contains a 64-page booklet featuring never-before-seen pictures of the band, a 12” vinyl of their newly arranged 5th album (Lucky #5), a vintage poster and a replica demo of their ‘Purple Tape’ sessions. 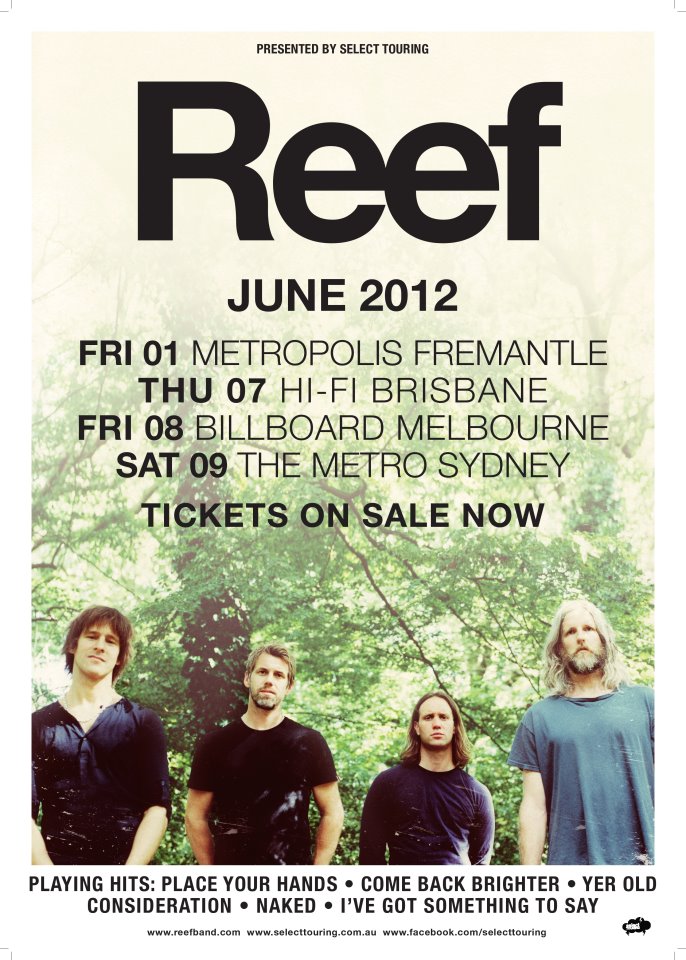