Cold Chisel will launch their new album, No Plans, with their headlining performance at Bluesfest, Byron Bay on Thursday, 5 April ahead of its official release on Friday, 6 April through Warner Music Australia.

The band will also be performing on Saturday, 7 April at Sandalford Winery, Swan Valley in Perth; Thursday, 12 April at Melbourne’s Festival Hall and Wednesday, 18 April at the Hordern Pavilion in Sydney.

Tickets for Bluesfest and Perth are available now and selling fast!

Tickets for the Sydney and Melbourne dates go on sale at 9.00am on Monday, 19 March, 2012. Members of the Cold Chisel mailing list will be able to purchase tickets on Friday, 16 March between 9.00am and 5.00pm local times.

No Plans, the first new Cold Chisel studio album in 14 years, features 13 songs drawn from recording sessions across 2010 and 2011. The album features the final recorded performances by drummer Steve Prestwich who passed away in January 2011 and also one of his compositions, I Got Things To Do. 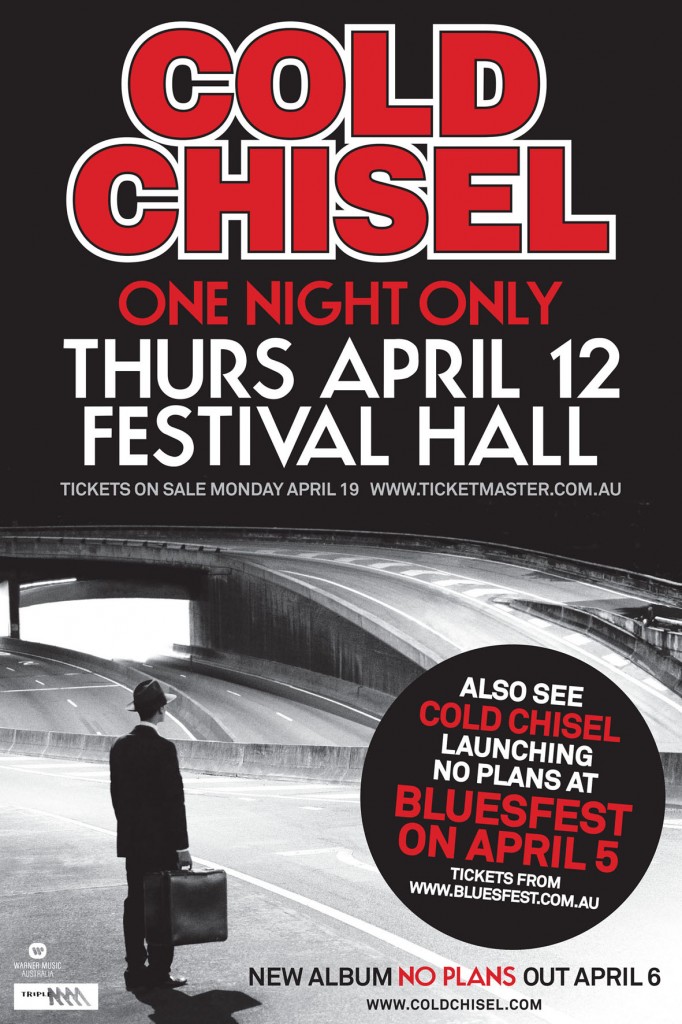 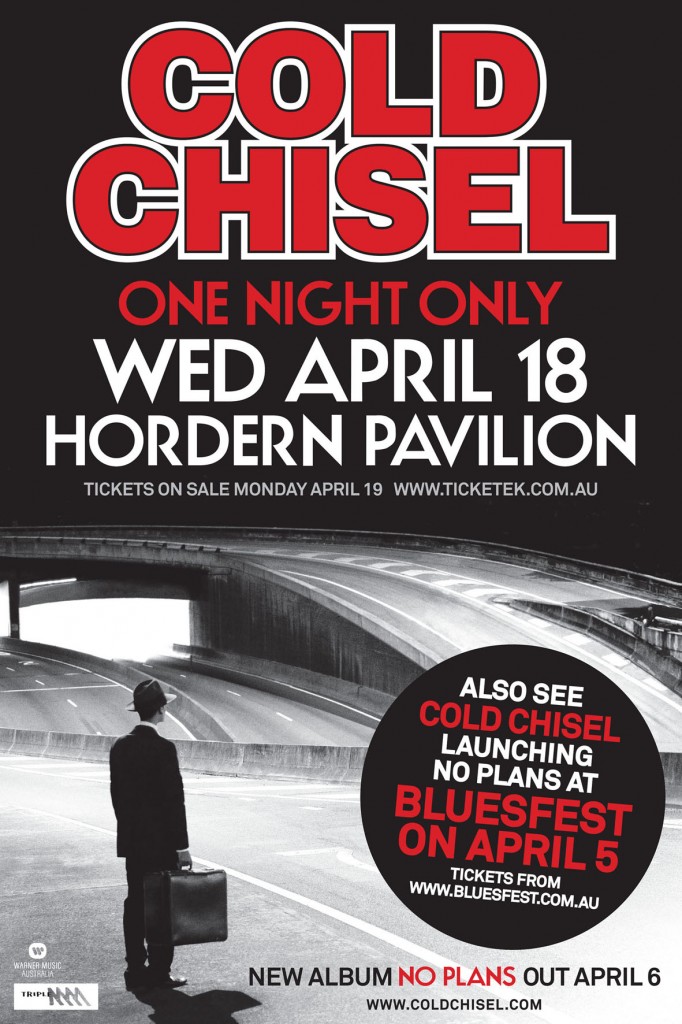