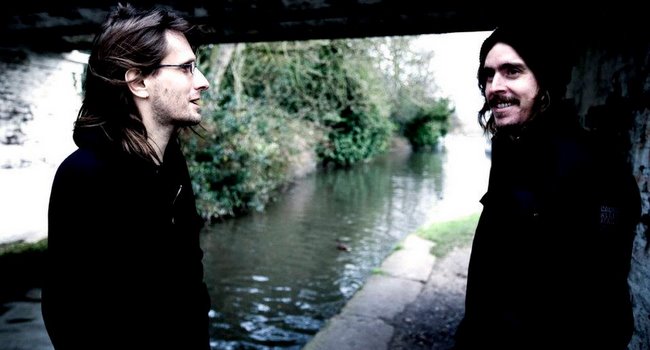 Roadrunner Records is pleased to announce the signing of Storm Corrosion.

Storm Corrosion is the long-discussed and highly anticipated collaboration between two of the modern progressive rock scene’s most innovative and multi-talented artists: Porcupine Tree’s Steven Wilson and Mikael Åkerfeldt of Opeth. The pair will release Storm Corrosion on April 20.

Wilson and Åkerfeldt have been friends since the late ’90s, when Wilson co-produced Opeth’s revered Blackwater Park album. Over the years, they’d often spoken of working on a project together, but it wasn’t until recently that they managed to make something happen, when Mikael flew over to visit Steven in the UK and they ended up in Wilson’s home studio throwing ideas around. That visit was the nascence of a whole self-titled album, written and produced by the pair and mixed by Wilson.

The sound of Storm Corrosion can best be described as enchanting, orchestral, ambient, epic (half the album’s tracks clock in around the 10 minute mark) and nothing short of surprising to the new ear. However, the musicians’ respective fanbases will be primed to appreciate the new output, with Wilson’s recent solo album, Grace for Drowning and Opeth’s Heritage having brought them to a logical place to understand Storm Corrosion. This eponymous collection is almost viewed as one side of a musical triangle.

Says Wilson, “If you’d asked me three months ago about the music, I would have said, ‘Expect the last thing you would expect.’ But actually, now that Heritage and Grace of Drowning have come out, I don’t think it’s going to be that much of a shock to people, because it’s almost like a third part of the trilogy, in a way.  If anything, it’s even more orchestral, even more stripped down, even more dark, twisted and melancholic… but it certainly feels like it comes from the same place as Heritage andGrace for Drowning, which indeed it does because it was written during the same period.”

“Some of the music on this record I think is the most beautiful music I have participated on ever,” adds Åkerfeldt “There’s some magical sections on there.  Musically I think we’ve created something earthy, a bit frightening, exhausting, profound and rather intense. All at the same time. I can safely say I don’t know any other band or artist that sounds anything like Storm Corrosion.  I guess that was also one of our goals, so to speak.”

Roadrunner Senior VP of A&R, Monte Conner welcomes Storm Corrosion to the Roadrunner family, commenting, “I am honored to have the Roadrunner logo on the Storm Corrosion album. Steven Wilson and Mikael Åkerfeldt have demonstrated time and time again that they are two of the truest and most important artists working today, and it is not often that I get to work with musicians of this caliber.  This album is a beautiful piece of work that will appeal to fans of Steven and Mikael’s past records, while at the same time exploring new avenues for both artists.”

Storm Corrosion’s self titled album will be released on April 20, 2012 on Roadrunner Records