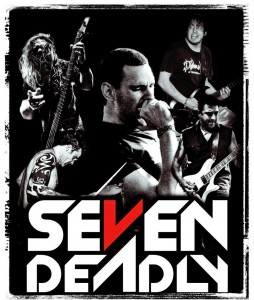 New UK metal 5 piece SEVEN DEADLY have just released their debut music video ‘From This Darkness’. The track has just been featured as Classic Rock Magazines Track Of The Day.  The music video can be viewed below.

From This Darkness is available as a free mp3 download* on the band’s website http://www.sevendeadly1.com. The song was produced by Will Maya (The Answer/Breed 77).

Seven Deadly are currently in production for their debut EP which is expected to be released in February.
Tour dates are to be announced soon.