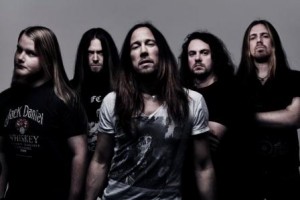 Frontiers Records is excited to announce the Worldwide release of FURYON’s debut album “Gravitas” on March 23rd in Europe and March 27th in North America.

FURYON is a new band from the UK who like nothing more than to challenge expectations. Raised on a diet of heavy metal, prog, and classic rock, FURYON mix all these components for a truly unique and contemporary sound. Delivering huge rock radio friendly songs, with technically challenging, yet infectiously catchy musicianship. Dedicated to one sole purpose, making hard hitting songs that will stand the test of time. “Our music is good songs with touches of intelligence” says singer Matt Mitchell, “There are a many different moods that come out from this album and all the songs have meaning and substance. Heavy and Melodic! That is what FURYON and this album ‘Gravitas’ is about“.

What separates FURYON from the crowd is the sheer quality of their musicianship. Boasting two truly world class guitarists in the form of Chris Green and Pat “The Shred” Heath, FURYON have few peers when it comes to the quality of their iconic riffs, and jaw dropping solos. Backing them up is one of the tightest rhythm sections the rock world has to offer with the awesome combination of Lee Farmery, and Alex (Nickel) Bowen. Leading from the front is the outstanding vocal versatility of Matt Mitchell, whose emotion drenched voice effortlessly moves between melodic and crunchingly heavy. “We really have been inspired by many bands over the time (as all musicians and writers are)” continues Matt, “but for this album inspirations from bands like Soundgarden, Alice in Chains, Tool, Mastodon, Alter Bridge and Iron Maiden spring to mind”.

In 2009, after a sell out tour, and accompanying EP, FURYON set about the serious business of writing their debut album. The early demo’s reached the ears of US producer Rick Beato (SHINEDOWN, FOZZY), and a powerful and symbiotic relationship was formed. “Our hook up with Rick Beato was through Kip Winger” recalls Matt. “We toured with Winger on their Karma tour and we had spoken with Kip about the band Shinedown and how we liked there productions. Kip hooked us up with Rick and to our delight he was interested in doing the album. Rick is a truly great Producer and writer”. 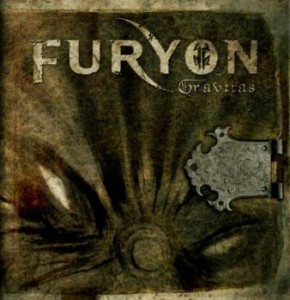 Released independently on a low profile and later covermounted on Metal Hammer UK, “Gravitas” received already rave responses from the press, including:

“I’ve seen hundreds of unsigned & unknown band in my career. Only a handful of them made me stand up and take any notice. Only one of them made me do that from the very first listen and that one band was FURYON.”  Chris Ingham (Group Publisher Classic Rock, Metal Hammer)

“Do you like massive hooks? Do you like world-class guitar playing? Do you like music you can bang your head to, stamp your foot to, drive to and f*** to? Yes? …then, even if you’ve not yet heard them, FURYON are already one of your favourite bands.”  Alex Baker (Kerrang! Radio)

“Furyon almost crashed the airwaves when they came on my radio show, I’ve never had so many listeners tune in. They deserve to be stars. They deserve to play stadiums.” Louise Brown (Presenter Totalrock Radio/Editor Terrorizer Magazine)