A Rocket To The Moon, The Ready Set, The Summer Set, The Dangerous Summer Sidewaves announced 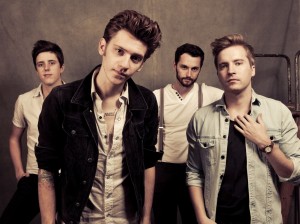 A ROCKET TO THE MOON’s debut album “On Your Side” showcases their versatility from heartfelt piano ballads to dance floor anthems with Alternative press calling it “a hook –filled album that’s as diverse as it is refreshing”.

Jordan Witzigreuter, the force behind the mammoth pop sound of THE READY SET is taking over stereos and mosh pits across the globe. THE READY SET’s debut album ‘I’m Alive, I’m Dreaming’ showcases a lifetime of influences from pop, techno and rock whilst displaying Witzigreuter’s abilities – he plays every instrument on the record.

At the forefront of the new wave of pop rock bands is Arizona’s THE SUMMER SET whom are consistently evolving and refining their sound.  Veering into previously unchartered territory their new album ‘Everything Is Fine’ is “one that will make future bands say hey, let’s make out music sound like that.” Absolutepunk

THE DANGEROUS SUMMER have crafted a throwback to the days when music was charged with hope and contained a much-needed brand of sincerity. This is evident on the bands stunning sophomore album ‘War paint which is one of the “most beautiful and honest creations that has been released in a long time” – Killyourstereo.com