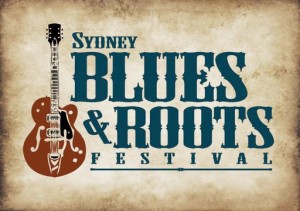 EARLY-BIRD TICKETS ON SALE FROM 9AM, FRIDAY 9TH DECEMBER 2011!

Sydney’s premier blues and roots event, the Sydney Blues & Roots Festival, returns for its fourth year in the historic township of Windsor, in Sydney’s scenic North-West Hawkesbury region. Early-bird tickets for the acclaimed event, which kicks off on Thursday 25th October and continues through to Sunday 28th October 2012, will be available for purchase from 9am this Friday 9th December.

Following on from a stellar 2011 event, which featured stand-up performances from some of the best musicians on the local and international music scenes, the 2012 instalment promises to deliver a second-to-none live music experience. This year saw the likes of Baby Animals, Jeff Martin, Ash Grunwald, Jeff Lang, Folk Uke (USA) and many more descend on Windsor for a weekend of blues, roots, rock folk, acoustic and reggae that left music enthusiasts craving more.

The normally sleepy town of Windsor came alive for a four-day blues and roots festival featuring a plethora of Australian and international acts across ten stages, one of them afloat… The atmosphere in the town was undeniable and there was definitely a buzz in the air. Walking down the main street, partly closed off due to the festival, there was literally music coming from every street corner… — Drum Media.

Stay tuned for the first line-up announcement early next year.

For more information and tickets, head to www.sydneybluesfestival.com.au

Tickets available from the Sydney Blues & Roots Festival as below:

Camping tickets will be available from Monday 19th December