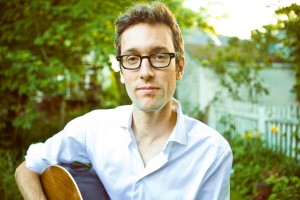 Award winning Canadian artist, David Myles, is launching his career in Australia with the single ‘Simple Pleasures’ from his new album ‘Into the Sun’, and a tour which includes the Woodford Folk Festival, one exclusive Melbourne show and three dates in Sydney. With a formidable reputation for his versatility and ability to fuse styles, on this his sixth record, Myles takes us further afield by introducing rhythms and instrumentation most often reserved for world music audiences. The result is a sound that is uniquely David Myles and a nod to his long time love of Brazilian and African music. At the heart of it all, is the songwriting that has made David a favourite with audiences and critics alike. A gifted and spirited writer, David often cowrites and collaborates with artists from across many genres, and lead track ‘Simple Pleasures’ is his second collaboration with Canadian hip hop star, Classified. A warm, easy performer, David brings his audiences to their feet wherever he plays. His unabashed joy at being on stage is infectious and his musicianship is superb. Add his penchant for humorous anecdotes, and it comes as no surprise that David is an instant hit with live audiences around the world.

It’s the first time Myles has toured Australia, and he is excited to be bringing his unique live show to Australia. “I’ve always wanted to tour Australia, and this new album has given me the perfect opportunity. I understand Australian audiences are broad in their tastes, knowledgeable and appreciative of different styles and influences, and I can’t wait to play these songs live – and enjoy a hot Aussie Christmas!’ Single ‘Simple Pleasures’ at media via DMDS Monday 28th November Album ‘Into The Sun’ released 2nd December on Little Tiny Records via MGM