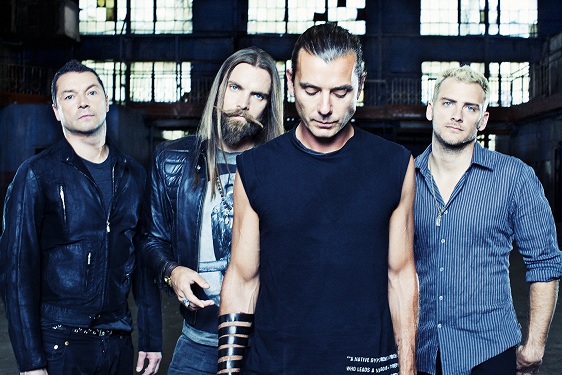 The headline from a recent Billboard article says it all: “Like They Never Left.”

Legendary British rockers BUSH, fronted by charismatic lead singer Gavin Rossdale, had more success in their first half dozen years of their career than most bands do in a lifetime. Forging a sound that would go on to characterize an entire decade releasing some of the most successful rock albums that redefined a generation.

BUSH now return with their first album in over a decade ‘The Sea Of Memories’ which is drenched in the bands trademark intensity combined with Rossdale’s emotive vocals propelling the band to compelling new directions. With a new sharply driven focus BUSH will be performing 2 intimate shows on the back of their appearances at Soundwave 2012.

Since their inception STAIND have found ways to make darkness beautiful, wrapping shards of melody into a distorted hum. Along the way the band forged a melodic musical maelstrom that served as a solace to legion of fans throughout the globe. Selling over 15 million albums and a host of number one singles throughout their storied career reshaped a genre they helped pioneer.

Diving into bleaker recesses than ever before on their seventh self titled album, STAIND surface with their heaviest offering to date. A collection of chaotically melodic songs that “is a crushing tour de force” – Revolver Magazine.

Touted as the next big thing in rock CHERRI BOMB have been making waves since their inception. Fresh from supporting Foo Fighters and playing major European festivals Sonisphere, Reading, Leeds all on the back of their debut EP ‘Stark’, (and still in their teens) CHERRI BOMB are destined for great things.