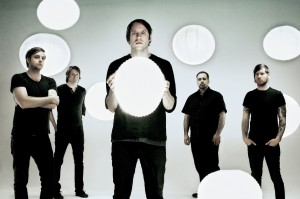 This is a celebration!!!!

Revered by their peers and fans alike New Jersey’s post hardcore pioneers THURSDAY have announced their last ever headline shows in Sydney and Melbourne, a celebration of their influential career.

Breaking out of the New Jersey DIY basement culture revival leading to a career spanning 13 years which saw the band release one of the genres most influential albums’ Full Collapse’, which the band will perform in its entirety along with tracks from their extensive back catalogue.

THURSDAY have built a fiercely loyal, dedicated and formidable fan base with their intense and unpretentious live shows. “One of the most passionate live performances you will have the pleasure of witnessing”.  – Alter The Press

It’s only fitting that SAVES THE DAY see out the last shows with THURSDAY having played alongside the band for their first ever show in a New Jersey basement.

SAVES THE DAY return in support of their critically acclaimed new album ‘Daybreak’ with Hysteria magazine calling it “their most ambitious album to date” and Paramore’s Hayley Williams enthusing “Even at 22, their music picks me up when I’m down and they remain relevant in a scene that’s swim or you’re sunk”.

CIRCA SURVIVE have firmly cemented their place in the upper echelons of the rock world releasing 3 stellar albums. The bands spectacular live performances and Anthony Greens ethereal vocals leave all those present in awe.