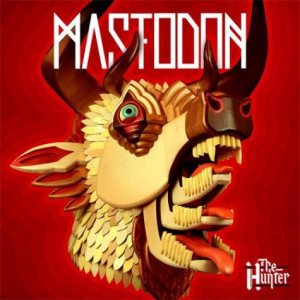 In 25 words or less: A great album that is not too heavy, not too light, it’s just right.

The new album from mastodon is pretty damn good. There, I said it. This is an album full of chunky riffs and catchy heavy songs. This album is their first since 2009’s ‘Crack The Skye’ and continues to show the growth of the band along their 12 year career. I currently find myself tapping along to the songs as I write this which is always a good sign as it tells me that they’re on to something with this album so hopefully that momentum keeps up.

Songs like ‘Stargasm’ and ‘Black Tongue’ are standouts for me at the moment as is a contender for greatest song name of 2011 in ‘Octopus Has No Friends’ this track at times has a Muse meets Ozzy Osbourne feel to it, yeah I know what I mean but that sounds weird. The underlying guitar riff is what catches it for me. Nice work and I’m not sure why the Octopus wouldn’t have any friends as this song rocks. We move almost into prog rock as we move on which isn’t so much a bad thing but the songs take twists and turns and it’s pretty cool. Next, I suppose you could call the title track somewhat of a ballad in a Metallica ‘Hero Of The Day’ kind of way… Love the solo in this one too by the way. We continue on with some more great rockin tracks that are just perfect for chilling out to. Not too heavy, not too light. They’re just right and this works for me, until you get to track 11, this one will blow your head off, heavy as shit! Love this one, check that one out first. It wins!! The album finishes up with a rocker and a ballad, the ballad builds and builds and then surprise, wall of rock!! A great way to finish a really cool album.