Jaded Heart to release new album in May 2012 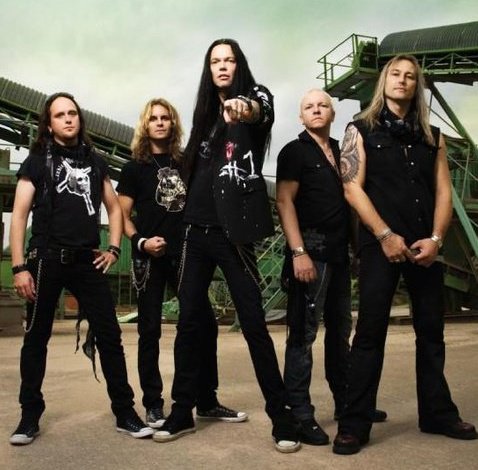 20 years after their founding in 1991, Jaded Heart are still – and more than ever – one of Germany’s most successful Rock bands. Founded by bass player Michael Müller and drummer Axel Kruse, who is also the drummer in another German Rock institution, Mad Max, the band has gained even more international standing after two line-up changes with Swedish singer Johan Fahlberg, who joined Jaded Heart in 2005 and fellow Swede guitarist Peter Oestros, who joined the band in 2006.

After leaving their label Frontiers Records, where Jaded Heart’s last three albums „Helluva Time“ (2005), „Sinister Mind“ (2007) and „Perfect Insanity“ (2010) were released, the band has found a new home now at the Cologne based label Fastball Music.

We are very much looking forward to working with Jaded Heart, one of Germany’s finest Rock bands“, says label boss Andreas Bob. The band adds: „We are very proud to have signed with Fastball Music. This will kick the band into a new decade of Rock´n Roll!

2012 will be affected by a new powerful record and a lot of live power! We´re really looking forward to that now.”

The yet untiteled 11th studio album of Jaded Heart will be released in May 2012.

The German label Fastball Music, a division of BOB-Media GmbH & Co. KG, is distributed by Soulfood (and others). International artists as Tokyo Blade, Tri State Corner, Maxxwell, Blowsight and Robin Beck have already found a rocking & rolling home at the Cologne based record label.