Faker are giving their new record away. For Free 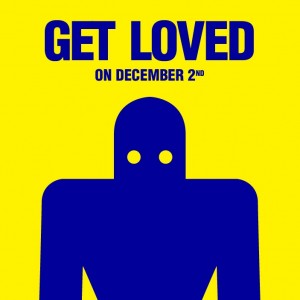 Australian band Faker, best known for their hit ‘This Heart Attack’ and after enjoying a mammoth tour supporting P!nk throughout Australia disappeared for a while to write and record their new album.  Today singer Nathan Hudson has issued an open letter to their fans announcing, well read below and you’ll see…

Oh and if you want some back story on the album, you can read our interview with Nathan HERE…

An open letter to our fans…

We are giving our record away. For free.

The point and excitement in writing and releasing Get Loved is in danger of being missed.

We made Get Loved, our third record, a year ago with a view to releasing it right away. In complete candidness, we’d probably have released it in a matter of days if we could but as the machinery around delivering a record began to kick into gear, it was decided that Get Loved would not be released until June of this year. That seemed reasonable – whatever works for the record, you know?

The writing, recording, releasing, promoting and touring of Be The Twilight was a wonderful experience, and it definitely felt like something we could grow from, but the band didn’t make sense by the end of it, and from a band perspective, the industry didn’t make sense.

We found ourselves wondering – how could we have made a record so heard and celebrated in this country and not have it make an utterance anywhere else?

Nic and I wrestled with this a little and decided to make a record that was wholeheartedly about creating a future for the band. We stripped the line up back to just the two of us.

We wanted to learn to record and produce ourselves – for sustainability. We got some help from friends, but essentially we were captaining the goodship Get Loved ourselves. We set up a studio in our house and made it a total labour of love. It’s an adventure we’re immensely proud of having taken. I guess we’re still taking it.

Through its completion and the ensuing year, a revolution in management, record companies swiftly evolving, and the band itself having its own necessary evolution, all eventually lead to the unimaginable conclusion of activity and excitement around this release grinding to a virtual halt. A new release date too distant to really seem credible sprung up. January 2012? Really? We’ve made something we love here, and suddenly we’re in danger of losing it.

You love something, you set it free right?

A less than well-attended tour, people unsure of who or what the band is, it swiftly became, or has become, apparent to ourselves and the powers that be, that a January release date wont work.

After some careful negotiations with aforementioned working comrades (I should note here that the team at EMI have been incredibly supportive and gracious here, particularly in letting us do this remarkable thing), we as a team have figured out that we can give our record away for free. And get to work on the next one – like we were always meant to.

For those of you that have been incredibly patient and have made the effort to discover and listen to our new music, we thank you and want you to know that we’re doing this for you. If we hold this record back any longer, it’ll just feel like we’re taking the piss.

I’d like you to know also, that during our time in the proverbial wilderness of getting ready to release this record, one of our main points of focus was getting the band together. Over the past 8 or so months, we’ve begun working with Liam O’Brien on bass and Chris Stabback on the drums. It feels like a real band again. The definite highlight of my year has been playing our shows with these guys for the first time.

For now, Faker – myself, Nic, Liam and Chris – are heading back into the studio to start work on our new record. I’m excited to think what will come of this. We hope to share new music with as soon as possible 🙂

Hmm … Whatever works for the record? Yes, of course. I truly believe that the thing that can most work for this record, Get Loved, is giving it away and allowing it to have some of the life it was meant to have.

The record will be available for download from December 2nd from midday at http://www.faker.com.au