Almost four years since the release of their debut album “Other Voices, Other Rooms”, Melbourne four piece The Getaway Plan are set to release “Requiem” – the first album since the band announced that their hiatus had ended in November 2010.

From the time The Getaway Plan released their debut EP in 2006, to their Big Day Out performance in 2009, the then barely post-teen band moved at lightning speed as their sound developed and fan base exploded, making them one of the most talked about upcoming rock bands in the nation. However, the rapid pace of this success took its toll on the young band and left the future of The Getaway Plan in doubt.

After going their separate ways for a period to focus on other musical endeavours (The Amity Affliction, Young Heretics, Deez Nuts), in November 2010 Matthew Wright (Vocals, Guitar, Keyboards), Clint Owen Ellis (Guitar), Dave Anderson (Bass) and Aaron Barnett (Drums) announced live on Triple J their intention to reform and record a new album. The break between albums enabled the band to take the sense and sound of The Getaway Plan to the next essential level.

Almost a year to the day since their announcement, the band will release REQUIEM, the product of four months spent in Toronto earlier this year with multiple Grammy Award winning producer David Bottril. Bottril’s previous work on notable releases from Muse, Placebo, Tool and Silverchair, to name but a few, has seen him become one of the most sought after producers in the world. 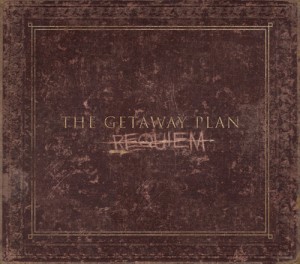 Requiem is the follow up to 2008’s surprisingly successful debut, “Other Voices, Other Rooms”. The 2008 release saw the band debut at #14 on the ARIA Charts, and after being the first album of it’s type to score feature album on Triple J, it went on to become a crossover success with three hit singles, the mostly widely acclaimed being “Where The City Meets the Sea”. The single reached #28 on the ARIA Charts, #59 on Triple J’s Hottest 100 and was performed by the band live on Channel 10 Rove.  The band toured full time on the back of the album, including Pyramid Rock, Big Day Out and Homebake Festivals, before finishing their cycle with six sold out shows at Melbourne’s Hi Fi venue in June 2009 – shows which seemed to be the band’s final ever performances.

And now, four years on from “Other Voices, Other Rooms”, the band has created somewhat of a statement album – full of punch, sonic sound-scapes and the infectious hooks the band is well known for. ‘Requiem’ is more than worth the wait.

“Phantoms”, the first track leaked by the band on their website, resulted in over 10,000 new fans joining their Facebook within days. This worthy album track may have only given their fans a small taste of what is to come, but has created a huge amount of anticipation. The first single from the album, “The Reckoning”, was instantly added to Triple J and will be accompanied by a video clip later this month.

Requiem will be released on November 4th. For a taste of new music and the to keep up to date with announcements as they role out, check out www.thegetawayplan.com

The “Requiem” tour will feature Break Even and Gatherer, taking in major capital cities around Australia just a few weeks after the album’s release. Get in early and secure your tickets for The Getaway Plan on the Requiem tour, this one is not to be missed!

THE GETAWAY PLAN – THE REQUIEM TOUR

WEDNESDAY 23 NOVEMBER – THE HI-FI, BRISBANE (18+)
Tickets from www.thehifi.com.au, 1300 THE HIFI and Moshtix outlets including Kill The Music

SATURDAY 26 NOVEMBER – CAMBRIDGE HOTEL, NEWCASTLE (18+)
Tickets from Moshtix on 1300 438 849 or www.moshtix.com.au, The Rock Shop, Newcastle Panthers and The Cambridge Hotel