Tegan And Sara to release DVD/CD – ‘Get Along’ – November 18 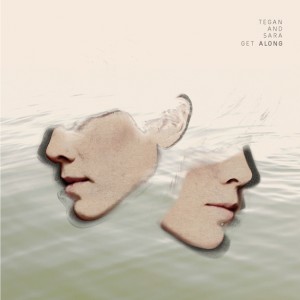 Package Includes Two Mini-Documentaries That Give Viewers A Rare And Intimate Look At The Canadian Duo’s Lives, Plus DVD and CD Of Live Concert Recorded in Vancouver

Get Along is a collection of three films and a live album that offers viewers a rare and intimate look into the lives of widely celebrated songwriters, performers, and musicians Tegan and Sara Quin. The first film, States, is a 30-minute documentary that uses American touring footage and interviews with Tegan and Sara as a backdrop to illuminate their early career beginnings and unique connection with their fanbase. The second film, India, is a 25-minute documentary shot during Tegan and Sara’s first-ever tour of India, using interview footage with Tegan, Sara, and a cast of family and friends to chronicle diverse reflections on road life. The third film, For The Most Part, is a 70-minute stripped-down studio concert, shot before a live audience of 75 fans, friends, and family over two days at The Warehouse Studios in Vancouver, BC.

Get Along will come in three configurations. The first is a standard DVD/CD that includes States, India, and For The Most Part, plus an audio CD of the 15 live tracks on the DVD (see below for track-listing). The second is a Direct-to-Consumer piece that includes the three films and live concert audio, plus three signed lithographs, two digital instant grat tracks (live versions of “Back In Your Head” and “Wake Up Exhausted”) that will be delivered upon pre-order at teganandsara.com, and two digital bonus tracks (the previously unreleased “Northshore” Chuck Brody Remix and a live version of “I Bet It Stung”) that will be delivered on November 18th. iTunes versions of Get Along will also be available via the digital retailer, with the CD component available in the Music Store.