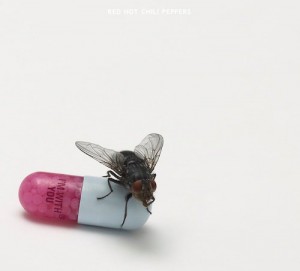 In 25 words or less: “They’re not going to get any new fans from it, but their core fanbase will  be stoked to hear what they’ve come up with.”

‘I’m With You’ is the first Chili Peppers album since ‘Stadium Arcadium’ in 2006 and although I’ve never been a huge RHCP fan I have to give them credit as they helped pave the way for the modern day ‘funky’ rock, they have a distinct sound and style and stick to it.  This can also be somewhat of a downfall, I mean, I don’t really hear anything new happening here on this album that they haven’t done before. My theory is that you either like the Red Hot Chili Peppers or you don’t, there’s no real middle ground here, you may like a song here and there but can’t say you own their albums, the other side is that you own absolutely everything they’ve ever done andwill then love this album.

Collectively they are all great musicians, Flea’s bass parts are kick ass as always, Anthony’s vocals are exactly that, his, this guy does’t sound like anyone else and that’s clearly worked for them, Chad on drums has always had an awesome style to listen to and the addition of new guitarist Josh Klinghoffer has brought a newish tone to the spot that has been filled by more than a few people over the life of the Chili Peppers.  So the band is on fire, the problem is that nothing is standing out for me though which is disappointing, it’s just the songs that I find are missing the mark.

Once again the legendary Rick Rubin took up producer duties on the album and I can’t fault that, this is a clean album and you can hear everything going on, he knows what he’s doing. The first single ‘The Adventures Of Rain Dance Maggie’ is ok, but maybe I just wanted more. What the album I think is missing is that big ‘hit’, there is no ‘By The Way’ or ‘Californication’ and especially not an ‘Under The Bridge’ to speak of on ‘I’m With You’.  Maybe they weren’t gunning for that this time around, but look, after a couple of listens the album is pretty good, they’re not going to get any new fans from it, but their core fanbase will grab this and be stoked to hear what they’ve come up with.

Check it out if you like: The Red Hot Chili Peppers