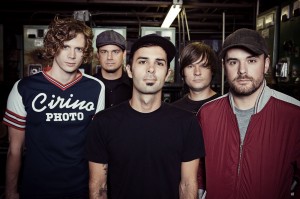 “I feel like Australians that dig our music are pretty awesome people haha!  We love coming over and playing and we’re surprised people dig us so far from home, but the demand is there for us to keep coming back and we hope that doesn’t change…”

Relient K may need introducing to some here in Australia, but for those who saw the band supporting Paramore on their last tour of Australia, I am sure no introduction is needed to the band, their live show and witty pop rock songs.  Coming back for their third Australian visit for Soundwave Revolution, Relient K may have a suprise or two in store with their setlist, having just released their first covers EP K Is Karoake, but then again, covers are no strangers amongst a Relient K setlist.

Hey Matt, thanks for taking the time to chat with May The Rock Be With You!  So tell me about your new EP, “K Is for Karaoke”, what led to the inspiration to release a covers EP?
Well there’s been a bunch of bands we grew up listening to that have released covers albums and we have always thought it would be a cool idea for us.  I guess it felt like the right time as we are just about to start recording another full length record of new songs, so we thought to pass the time and put out some new recordings we would do some cover songs.

There’s an interesting mix of artists that you have covered, how do you find the experience of interpreting the different styles of artists and songs that you have?
We basically went through a list of songs we have played live over the last 10 years, then just choosing random songs we thought would be good ideas.  Some of the songs we chose based on perhaps some of our fans having not heard before, such as “this might be a cool Tom Petty song to introduce our fans to, or this might be a cool They Might Be Giants one” to hear for maybe the first time.

Now I also believe there is a full length covers album coming out from you?  What songs have you got lined up for that one?
Yes actually, we just got a phone call from our producer Mark this evening and wer’e going to start mixing the final 8 songs.  There will be 15 songs in total and we hope to have it out in October I think.  There’s a few fun 80’s ones like You’re The Inspiration by Chicago and Africa by Toto, we also did some cool ones like a Nada Surf song and a Third Eye Blind song which was like a deeper track from their self titled album which I really like.

So would you say the songs you are featuring on these covers albums broadly represent the musical influences in the band?
Well partially, but then there’s also a bit of sarcasm in the choosing of the songs as well.  The Justin Bieber song for example, we are not aspiring to sound like that, but that’s our take on it.

So has there been any work yet commenced on writing songs for your next originals album so to speak?
I would definitely say a little bit of work, but not enough has materialised for us to discuss where we are going to end up.  I am just dreaming it up at the moment and having fun picking up on the possibilities of what we can do.

It’s been a couple of years now since you released Forget and Not Slow Down, no doubt having had a chance to reflect on the writing and recording of that album, have you already identified any specific things you are looking to change up in the process for the next album?
You’re right, yes there are some things.  I am open to trying co-writing with some people to see what they would do with our band. Stylistically I feel at this point being our 7th full length record we can kind of change and do whatever we want.  So, I might try and do a few things we have never done before stylistically. 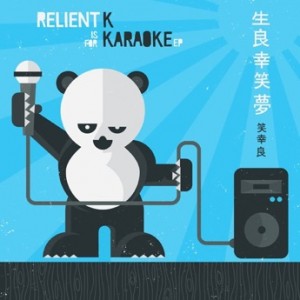 When writing songs for Relient K, where do you draw inspiration from in a lyrical sense?
Well Tom Petty and Paul Simon know how to tell a story and John Mayer also really knows how to put a phrase into a song.  I always try and poetically put things down with my own signature, but I am also trying to change that signature as well and grow as a poet.

Ok, so here is a brief moment to explain what your involvement with the label Mono vs Stereo is all about…
Well our three key artists include, Deas Vail and they’re just a brilliant band, we have a new album coming out for them.  Then Farewell Flight, we just released Out For Blood, then there’s a really rad folk artist called Denison Witmer.  My guitar player Matt and I have really been fans of his for a long time growing up with his music so it’s great to have him on our roster.  I think we are going to try and grow our label the same way we grew our band and try and build a reputation of always being consistent and try and grow the fan base that way.  Hopefully little magical things will happen to our bands and they’ll have successful careers.

So in September you are headed out to Australia, for Soundwave Revolution.   You have had a couple of tours here in Australia before, once headlining a Christian youth event and the other supporting Paramore, both contrasting types of tours!  How did you find your time(s) here?
I feel like Australians that dig our music are pretty awesome people haha!  We love coming over and playing and we’re surprised people dig us so far from home, but the demand is there for us to keep coming back and we hope that doesn’t change.

You are going to be out here for a over a week, what are you looking forward to most about being back in Australia?
I don’t know, I am kind of flying by the seat of the pants kind of guy when on tour.  I kind of just like to let whatever happens, happen.  There are a lot of bands on this tour, so it will be fun to explore Australia and meet lots of Australian people with different bands and see how all that mixes up.

What is it that you think attracts fans to Relient K?
I really don’t know why anybody likes our band I guess haha, our personality translates into the music and then into the live performance.  We don’t quit, we keep going, that’s a good thing I guess.  We’ve been working hard for 11 years just touring and making sure we get to places like Australia which is kind of awesome.

You are certainly no stranger to the larger festival type shows, having played Vans Warped now about 3 times for example.  How do you find playing these larger festivals, because your music would be generally more suited to more intimate club type shows wouldn’t it?
I guess we prefer the intimacy of a club show for sure, the sweat and the rock n roll, that’s where the uptempo rock is best served in a club like that.  But then there are so many pros about being in a festival setting like the one we are about to be in, so I just choose not to complain about any of it!

Relient K has been active for over 13 years  now, a pretty impressive  feat, what’s been the most rewarding aspect or thing over this time?
Well for starters, the relationships I’ve gotten to have with the people I get to work with.  It’s kind of like a family operation, we started from a very small town trying to do what we could do and it grew into something.  Then we got to take it around the world.  So I guess the people that came together to make it all happen is the best fruit of all labour for sure.