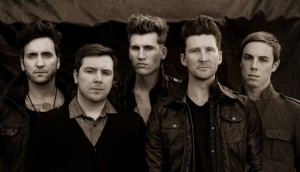 “We always have the best time, the shows are amazing, the people are amazing so it’s just an important market for us.  For anywhere else in the world, Australia is like our home away from home…….”

It’s just one of those special relationships, Anberlin and Australia that is.  Whilst Anberlin guitarist Christian McAlhaney tries to explain it in our interview below, the special bond between Anberlin and Australian audiences just continues to grow stronger with each visit.  With tour number 7 coming up, it’s a fact that is certainly not lost on the highly appreciative band, who will be presenting a special set of shows, never delivered before to Anberlin fans anywhere in the world.  Titled “An Evening With Anberlin”, the shows promise to be an absolute must for any Australian Anberlin fan.  Having toured here less than 6 months ago on the Soundwave Festival, you can rest assured that these Anberlin shows will be like nothing you have ever seen before.

Whilst retaining a certain element of suprise, Christian McAlhaney chats about what fans can expect from these shows, as well as the bands close bond with Australia…

Hey Christian, thanks for taking the time to chat today, so where do we find you at the moment, I imagine you are deep in rehearsal for your upcoming Aussie shows?
Yes that’s right, I’m in St Petersburg Florida right now and we have just wrapped up our final day of rehearsal and we are leaving tomorrow for a show in Winnipeg on Saturday.

You really can’t stay away from this place can you, your 2nd visit in 6 months, I have to ask whether you guys in the band have any real explanation for the very strong affiliation between Anberlin and Australia?
I think from day 1 when Anberlin first went to Australia it was an amazing experience, the reception was so awesome that ever since then it’s only ever gotten better each time we go back.  We always have the best time, the shows are amazing, the people are amazing so it’s just an important market for us.  For anywhere else in the world, Australia is like our home away from home.

So how was your experience on Soundwave earlier in the year.  I know you grew listening to Iron Maiden, it must have been great to see them about 7 times in a row?
I loved it, it was awesome!  I grew up a huge metal head and the reason I picked up the guitar was to learn Iron Maiden and Slayer songs, so I was just like floored.  There were just so many great bands on that lineup, I mean there is every year, but this one was just an awesome experience.

Ok, so coming up very, very soon Anberlin fans in Australia are going to be treated with “An Evening With Anberlin”…firstly, how did the idea for this tour arise in the first place?
We were planning this tour and just talking about doing a normal tour like we do over there with multiple opening bands and it just wasn’t really panning out in the way we wanted it too.  Also, we had already done that a tonne and as I said Australia is just so dear to our hearts and I think we just wanted to try something new and special and fresh for our Australian fans.

Without giving too much away as we want to retain an element of surprise, what format will the shows take, I have read things such as unplugged, storytelling, question & answer, cover songs, b-sides?
Yes there’s definitely going to be a lot of songs we have never played live at least since I have been in the band and then a good number of songs we have never played live before from other records. Acoustic session, yes, q&a, yes and all that kind of stuff, that’s the plan!

Is this the first time you have done such a show?
Yeah, this will be the first time and we’ve been rehearsing for it and it’s been pretty intense.  We will probably play for about 2 hours which is about an hour longer than we usually play.

How much of a reflective experience has it been for you guys rehearsing a bunch of those older songs that you don’t get the chance to play?
It’s great, at the same time I love every song we’ve done and ever written, but some of these songs we’ve been playing at every show, on every tour so you kind of get a little bored playing the same set, you know what I mean.  So it’s definitely refreshing to throw in some stuff we’ve never played before, it’s fun.. 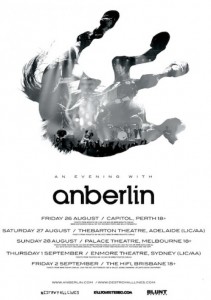 Just on the unplugged component of the show, is that something you guys have done much of in the past, is it a format you are comfortable performing and really stripping those songs back to their bare bones so to speak?
You know, the band has acoustic songs, but this is going to be really different as a lot of times when we do an acoustic song it’s going to be Joey and I and two guitars.  But this time we are adding a bunch of percussion, everyones going to be playing different things.  There will be a few songs that we’ve never really played before and a few songs that aren’t acoustic songs that we will be doing acoustically.

As far as cover songs go that may appear in the set, are they likely to be representative of the various musical influences of the band, I know in the past you have done versions of Radiohead’s Creep and Mother from Danzig, which are a couple of more prominent ones.  You haven’t thrown in any Iron Maiden or Slayer have you haha?
Haha if it was up to Joey and I, that would definitely be the case.  When we are taking breaks in rehearsal he’ll get on the drums and I will start playing Metallica riffs and we will jam for a while.  We aren’t really going to be playing many covers, we are however going to be playing one we have never done before, specific for Australia.  I don’t want to give that one away!  But other than that song, we aren’t doing many covers, we just want to give fans a lot of Anberlin songs they’ve never heard us play live before.

I see via Twitter and Facebook you have given fans the opportunity to suggest songs for the setlist, did that throw up some interesting suggestions?
People have virtually suggested every song that Anberlin has ever written haha!  There has certainly been some funny ones for us that people have requested and there’s no way we would ever play some of these songs, it’s kind of comical.

Have these shows in Australia generated a reaction from fans elsewhere in the world demanding the same kind of tour haha?
Oh yeah, we’ve definitely heard it, particularly our USA fans.  Kids have been like, “are you kidding me, why don’t you ever do that in the states, or oh my gosh why don’t you come to the Philippines and do that.  We will see how this goes, I would live to do it again if it turns out to be a fun experience, for sure.

I did notice that this time round your shows are spaced out a little, was that a deliberate move to give you guys a chance to actually sit back and enjoy Australia for a change, rather than playing show after show with little break?
Yes it’s definitely a little bit of that and also giving ourselves some rest, particularly vocal rest for Stephen.  We don’t ever play for 2 hours and the longest we normally play is usually 1 hour to 1 hour 15 minutes, so 2 hours is going to be pretty straining on his vocals so we wanted to give everyone some break time to rest and also enjoy our time here like you said.

Your last album, Dark Is A Way, Light Is A Place has been out for the best part of a year now, have you started thinking about working on the follow up?  Where to for the next album?
Oh yeah, there’s been a lot of songs already written.  There’s probably only a few finished with vocals at this point.  After Australia we are really only doing another tour for around a month and then we are taking the rest of the year off to focus on writing and hopefully head into the studio around February and that will give us a good amount of time to really hash some things out.  We’ve definitely talked a lot about the vibe and what kind of songs we want on the new record.  All aspects of the record have been talked about, who we are going to do it with, where we want to record, how much money we want to spend on it as the music industry changes, so does recording.  Definitely the overall consensus of the band is we want to make sure the next album has some really great heavier songs and tried and true Anberlin heavy rock songs!

The band has released 2 albums now on a major label, how has that whole transition and experience been for you so far?
It’s been great!  I was in a band before Anberlin that was on a major label and that was really a nightmare.  It was a horror story and I was actually pretty anti Anberlin signing to a major, but this has been the polar opposite of my last experience of being on a major.  Universal has been great, it’s an amazing company with a lot of great people who have busted ass for us and we hope to keep working with them.

Stephen for example has a side project Anchor & Braille and has also worked with some other bands producing and writing etc, do you personally have any other projects that you are involved with when you might have a bit of downtime from Anberlin?
I think everybody in the band has some kind of side project.  Nathan, our drummer has a side project with Tim from Underoath, Joey is about to release his own record that he has recorded all the instruments himself and sang on it and I think it’s coming out on ITunes.  Myself, I have a side band with our touring member Vince, we were trying to do a band before Anberlin and we have a bunch of songs that we just need to go into the studio and record and maybe release an EP or an album or whatever.  For everyone, Anberlin always comes first, these things are just when we have downtime and are pretty far from anything Anberlin sounds like.  Even so, it’s always been said if anyone heard any songs that we write for the side projects, it’s fair game for Anberlin.

Any last messages for your Aussie Anberlin fans…..
We are just pumped to be coming back, it’s been fun putting together the set and seeing it take shape and getting all the requests from the fans, we are just really excited about this tour.

Well Christian, I know there’s plenty of excited people over here that can’t wait to check it out.  I really appreciate your time and hope you have an awesome tour out here!
Thankyou very much!

Latest Release: Dark Is The Way, Light Is A Place (2010 – Universal Republic)