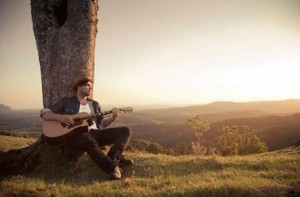 Brisbane based singer/songwriter Clint Boge has been crafting his solo wares for over a decade, in between endless hours on the road and sold out shows, Clint’s love of the written word has always been a constant.

The “Songs of a Delicate Nature” Australian tour will see Clint play 31 dates, across seven states and territories, throughout March, April and May with even more regional dates to be announced shortly.

A national tour that is true to its word, Clint will play some of the most renowned rooms across the Aussie tour circuit, including the Espy Hotel, Brass Monkey, Newtown Social Club, Woolly Mammoth, Transit Bar and Republic Bar to name check only a few.

The tour will be in support of Clint Boge’s first solo release “Songs of a Delicate Nature” – due out in March through MGM Distribution.

Clint will be supported on most national dates by former band mate Glenn Esmond, who will also bring a light acoustic feel to the shows – they might even get together for a few old favorites if the mood takes them.

Brought to you by the Packmule Entertainment team.