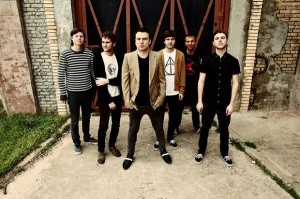 A band that defies categorisation and one of the most innovative indie bands, SAY ANYTHING are heading back to Australia this October for a series of headline shows.

Forming in 2000, SAY ANYTHING has built a formidable and fiercely loyal fan base with their quirky, honest and eclectic take on rock.

Since the release of their seminal album ‘ …Is A Real Boy’, SAY ANYTHING have been pushing musical boundaries with each of their records. SAY ANYTHING’S latest offering is no different, ‘Hebrews’ showcases Max Bemis at his ambitious best with the band opting to replace traditional guitar riffs with orchestral string arrangements.

Armed with an eccentric and energetic live show and an extensive discography SAY ANYTHING’S Australian tour is not to be missed. 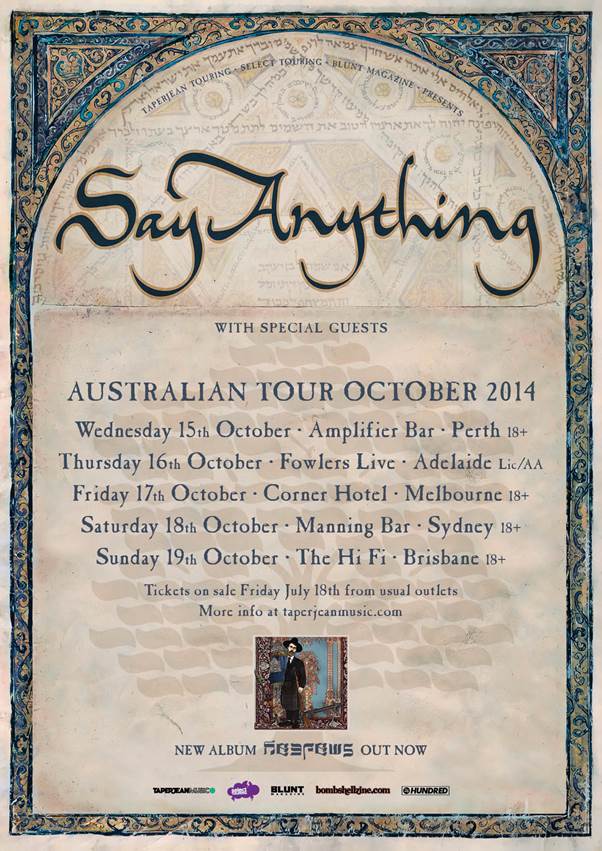