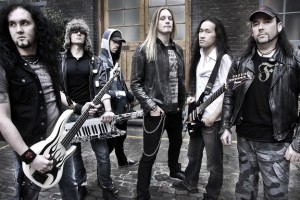 In a musical realm where bands of a similar generation are happy to ape the classic acts, London based metal superstars DRAGONFORCE are operating in a world of their own. The increased heaviness and pace they have injected has made them a fresh voice in the world of metal, and one that fans have responded to as a result.

To put it simply THE SWORD are a flat-out, supercharged, adrenaline-pumping outfit, a chrome-plated war machine that lauds over the blackened sky.

TICKETS ON SALE FRIDAY 1 FEBRUARY, 9AM