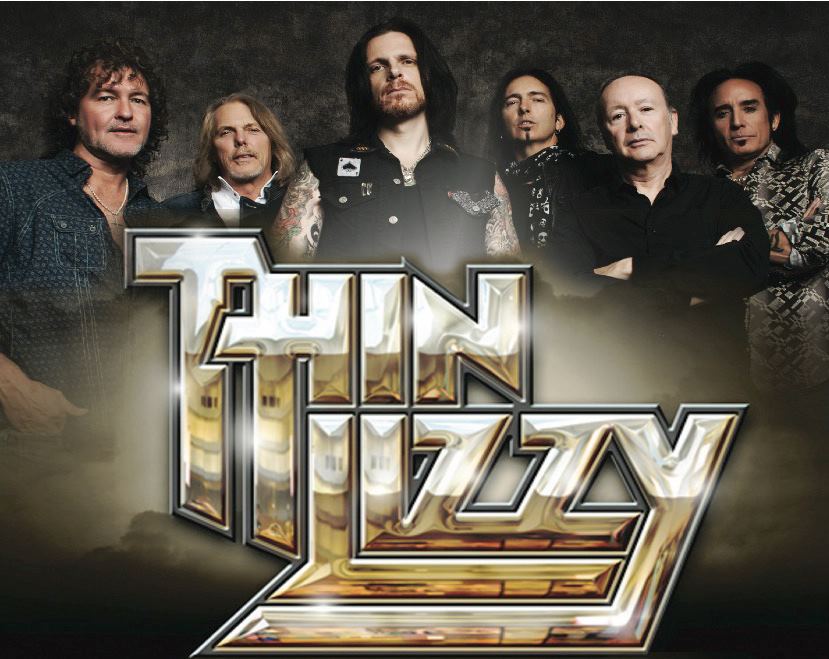 ***News flash 17/12/12*** – Due to public demand, we are thrilled to announce a Thin Lizzy side show in Melbourne at Billboard on March 4. Tickets are on sale now through Oztix.com.au. Tickets are limited so don’t miss out.

The boys are back in town!

Already announced as part of the biggest rock tour of the summer with KISS and Motley Crue, Irish rockers Thin Lizzy will also be taking to the stage for a limited number of headline shows in NSW and Qld.

The fiery Dublin band, led by the incomparable Phil Lynott, influenced generations of musicians with classic tracks such as ‘Jailbreak’, ‘The Boys Are Back In Town’, and ‘Don’t Believe A Word’. Twenty six years have passed since Lynott’s untimely death, but the amazing body of work that is Thin Lizzy still retains all of its vibrancy.

Last month the band announced that after a lot of soul-searching and out of respect for Lynott, they would not release a new album under the Thin Lizzy name, and would also retire it from live performance next year.

The band is incredibly excited to be returning to Australia and can’t wait to perform for fans again.