“SXSW is thrilled that The Cult is returning to play our biggest stage at Auditorium Shores,” said Darin Klein, SXSW Festival Producer. “We’re excited to hear their new tunes and their classic hits. The show is free and open to the public, so everyone in Austin should get fired up for a great night of music.” 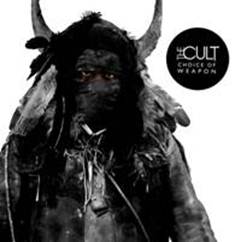 The Cult – Ian Astbury/vocals, Billy Duffy/guitar, Chris Wyse/bass and John Tempesta/drums – will make the appearance in support of ‘Choice of Weapon’, the band’s first new studio album in five years, due out May 25 through Shock Records. Written by founding members Astbury and Duffy and produced by Chris Goss (Queens of the Stone Age, U.N.K.L.E., Masters of Reality) and Bob Rock (Metallica, Bush and The Cult’s Platinum-certified Sonic Temple), the album reveals the band at its rawest and most visceral, and reflects the current discontent and destruction of our eco systems, the search for individual meaning against a tide of rampant materialism, narcism and disconnected lives.

More tour dates for The Cult will be announced shortly. For a taste of Choice of Weapon, go to The Cult Official webpage for a free download of the brand new track ‘Lucifer.’

THE CULT RELEASE THEIR NEW STUDIO ALBUM ‘CHOICE OF WEAPON’ MAY 25, 2012 VIA SHOCK RECORDS