INCUBUS – “If Not Now, When” Australian Tour 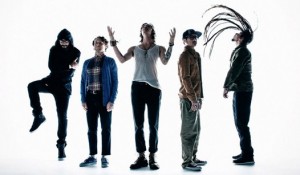 Multi-platinum Californian-based alt/funk rockers Incubus will head Down Under this summer to deliver shows around the nation, in support of their seventh and latest album ‘If Not Now, When?’.

Currently tearing up arenas around the USA, kicking-off with a sold-out show at the famous Red Rocks Amphitheatre, Incubus will play Sydney, Adelaide and Melbourne before heading north for a Brisbane finale, on what will be their fourth tour downunder.

Expect to hear true and sensational performances of classics cuts such as ‘Drive’, ‘Pardon Me’, ‘Wish You Were Here’, ‘Are You In?’, and ‘Dig’, as well as songs from their latest offering, including ‘Adolescents’ and ‘Promises, Promises’.

Incubus’ latest album, released July this year and titled ‘If Not Now, When?’ (Sony Music) features the single ‘Promises, Promises’, and is the band’s first in nearly five years. Lead singer Brandon Boyd describes the album as: “darker, slower, more rich, more refined, and more involved than anything Incubus has birthed to date.”

Since forming in 1991, Incubus have accumulated worldwide album sales exceeding 13 million through their double decade-long rise to the top.

Australia embraced the band before and far beyond their 1997 debut album ‘SCIENCE’.  ‘SCIENCE’ plus later album releases ‘Light Grenades’ and ‘A Crow Left of the Murder’ have all earned Gold status, whilst ‘Morning View’ and ‘Make Yourself’ hit Platinum.

TICKETS ON SALE 9AM WEDNESDAY SEPTEMBER 28