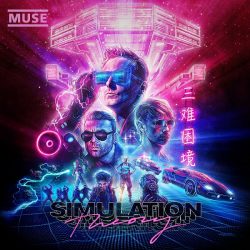 August 31, 2018 by MTRBWY in Music News Comments are Disabled

Muse have today announced that their eighth studio album, Simulation Theory, will be released on November 9 through Warner Music. The eleven-track record was produced by the band, along with several award-winning producers, including Rich Costey, Mike Elizondo, Shellback and Timbaland. Each of the album’s songs will be accompanied by a video. The album is available to pre-order now. Recent singles Something Human, Thought Contagion and Dig Down, as well as brand new track The Dark Side, are […]