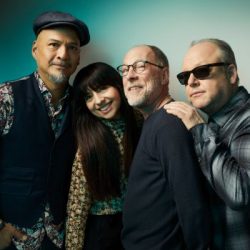 We regret to announce that PIXIES will be postponing their remaining Australian tour dates. Please see the below statement from the band: “Out of caution for current public health concerns, Pixies are postponing the remaining Australian shows in Brisbane, Sydney and Perth. This was an extremely difficult decision, but the well-being of our fans is always our top priority. Rescheduled dates for […]

END_OF_DOCUMENT_TOKEN_TO_BE_REPLACED

August 5, 2019 by MTRBWY in Uncategorized Comments are Disabled

PIXIES, one of the most influential alternative rock bands of all time, are bringing their mammoth world tour to Australia and New Zealand in 2020 – Come On Pilgrim… It’s Surfer Rosa. Pixies’ debut releases – the electrifying 1987 EP Come On Pilgrim and 1988’s debut full-length album, Surfer Rosa – brought rise to a new genre and defined contemporary music for a generation. The tour […]

END_OF_DOCUMENT_TOKEN_TO_BE_REPLACED 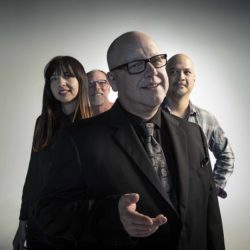 PIXIES Return to Australia in March 2017

Six years since their last Australian tour, seminal rockers PIXIES return to Australia in March 2017 as part of their Head Carrier world tour. One of the most influential and important bands over the last 30 years, Pixies headlined 2007’s inaugural Australian V Festival and in 2010 played an incredible 13 shows on their sold-out Doolittle tour across the country. […]

END_OF_DOCUMENT_TOKEN_TO_BE_REPLACED 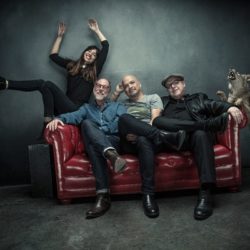 July 6, 2016 by MTRBWY in Music News Comments are Disabled

It is with great pleasure that Pixies announce their sophomore “post-reunion” albumHead Carrier, to be released on Friday 30 September via Pixiesmusic/Play It Again Sam. The 12-track collection of the band’s unique aural mix of surrealism, psychedelia, dissonance and surf rock was produced by Tom Dalgety (Killing Joke, Royal Blood) and recorded at London’s Rak Studios from mid-February through to […]