Bring Me The Horizon – That’s The Spirit 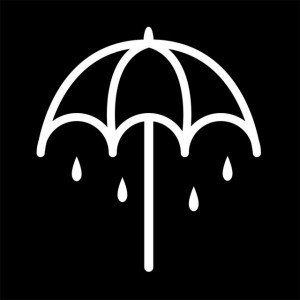 One of the perks of this ‘job’ is getting to hear music earlier than others, but never have I had the chance to hear an album two months before release and not only that, be one if the first in the world to hear it. That album was the then untitled Bring Me The Horizon album.

One, Two, skip a few and here we are just a couple of days out from the album release, I’ve spent the last couple of months humming songs and eagerly awaiting the chance to hear the album, now titled ‘That’s The Spirit’ again. As the band drip fed songs, it was great watching people’s reactions which were pretty much mine when I heard these songs for the first time back at the start of July.

What we get from the start with ‘Doomed’ is probably not what you’d expect from BMTH, and it sets the perfect scene, prepare to hear something you probably haven’t before from these guys and that is a good thing, as what oozes from track one is a maturity, it’s big, it’s bold and fills the room when it hits that groove. Oli’s vocals are on point from the get go and if you really listen, I mean really listen to this song you can hear everything going on and man, they have this down, ‘Happy Song’ was one of the drip fed songs and if there was ever a song chorus of the current scene written for a stadium, we have a winner, this song is an absolute stand out and well worth the price of admission. Plus I’m a fan of a ‘Be Aggressive’ type cheer in a song, so gimme an S… gimme a P… gimme an I… you get the point… Single ‘Throne’ is up next and sounds like the best song Linkin Park never wrote, I’ll just leave you with that for this one…

A song like ‘True Friends’ is not only lyrically kick ass, but has one of those driving drum beats you can tap along with and you know where it’s going and can easily air drum the shit out of it perfectly, I dig this one, also I had to write this part after the song finished due to afore mentioned air drumming. Then ‘Follow You’ is as far from ‘old’ BMTH as you can get, it’s a slower, clean track, I kept waiting for it to drop, and when it did, it just became almost a power ballad, confusing yet awesome. I’d go as far to say that this is one of my favourites so far. The band has really gone out on a limb here. What I mean by that is with the guys taking on the producing duties they can make the album they want; make it sound how they want it to and they’ve done just that. Kudos.

‘What You Need’ is one hell of a rock song, shades of punk in there, and hell I even heard a kitchen sink I think, that was cool, then ‘Avalanche’ sounds like the name of the song, it’s a monster, the production on this one is second to none, I love this sort of stuff, as the gushing continues, sorry, can’t help it, this is a fuckin’ cool album thus far… Oli’s vocals are astounding on this album, the distinct amount of cleaner vocals on this album I love, he does hit those big notes still but the contrast from previous works sees Sykes take on a lot more of the cleaner style and showcasing his killer pipes, a song like ‘Run’ is a prime example of this, great range and emotion conveyed. ‘Drown’, now we all got a taste of this one way back, it was a test, to see what people thought of a ‘newer’ BMTH and the response was great, so it’s now finally made it on an album and re-recorded for the release it’s still a great track, another big chorus made for the stage and can the band hurry up and come back to Australia please? These songs need to be played for us…

There’s only a couple to go, one of which is ‘Blasphemy’ which is great if only for the guitar solo in it, but it has a big driving groove in it, lyrically it works, but the closer ‘Oh No’ is where it’s at for me… when I heard this one back in July and hearing it close out the album, the consensus was that this was close to the stand out purely because it’s catchy as fuck, unexpected as fuck also, if that’s a thing, well it is now, but it’s clever, it’s mature, it’s what BMTH are doing and it works. It’s far from the booming ‘hardcore’ you’d expect, this is borderline pop and they’ve nailed it.

The completely different vibes and arrangements on the album make this at times feel like almost a new band, there is so much maturity here and credit to a band not scared to do something that some people may not like or turn away from when a band takes on a bit of a different feel. Now don’t get me wrong, the band hasn’t made a country album or anything, but it is a noticeable change from their previous body of work and you know what? That’s OK! In my opinion this is the best album the BMTH have ever made. This has the potential, scrap that, this album will take BMTH to the level they deserve to be at and I can’t wait to see it happen.