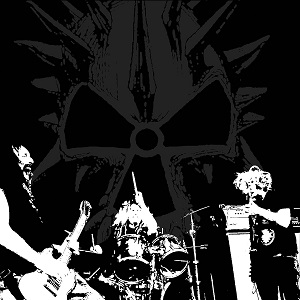 When a band has been making music for so long and with a few varied line-ups, I’m always intrigued as to what they continue to come up with, one of those bands is Corrosion Of Conformity or C.O.C. to the cool kids. My mate JD has always raved about C.O.C. (he’s one of the cool kids) and I’ve been aware of some of their work through him, but can honestly say never truly tuned in to what they were all about, so here they are up to their ninth album and my first time around in Corrosion Of Conformity land (yeah I’m not up there with the cool kids yet.)

I guess it’s easy to be excited about listening to a record when you have just finished interviewing one of the members of the band and when you hear how proud they are of their release, so it gives you a sense of wanting to listen and to be drawn into what they believe in so much, and from the slow, doomy, single guitar riff that kicks us off with ‘Brand New Sleep’ I feel like I need to set the mood, so I’ve turned off the lights, lit a candle or fifteen and got the mood just right. That may sound romantic, but it’s far from it, it’s metal. What I dig about this song is that it chunks along but then the tempo picks up to rock it up and with a guitar solo ripping it up I can say that I’m looking forward to what the rest of the album has in store.

‘Elphyn’ continues on that same vein with the doomish type vibe and is a step up from the opener for me as the ride cymbal is getting hit like it owes someone money, and again, some great guitar work throughout is the standout on this track as the solo leads to the fade out, but as quick as it’s done the frenzied punk style of ‘Denmark Vesey’ is a complete 180 from the last two tracks and I dig the shit out of its two minute visit! Here we have ‘The Nectar’ and what I’m loving about this song and basically the album is the structure of the songs, the tempo changes, the changing parts all fit together perfectly like that ‘Where’s Wally?’ jigsaw I did back when I was 14 (still proud of that, just needed to share) and it all works, in fact the way they are played makes me excited to see how they would be performed live. Oh hold the phone, ‘On Your Way’ has a little bit of a Soundgarden feel to it musically at times, but what a groove it has, this is my favourite so far, and yeah you’ll think the same when you get up to it.

‘Trucker’ then starts us off with close to the first two minutes instrumental in what feels like what Black Sabbath should be doing these days, then, you guessed it, it’s rocked up and what can I say other than it has me rockin’ along. The vocals on this one stand out a little for me with that spooky type reverb on it that gives it depth, and a guitar solo outro that ends very abruptly, then as ‘The Hanged Man’ turns things dark as hell, in fact I think five of my candles went out purely because of this song starting, that’s how dark it is. Oh man, yeah, this riff is great, take that ‘On Your Way’ yeah, do what your name says, be on your way, my new favourite song on the album is this one, as you know when you’re listening to a song and you don’t even realise you’re nodding your head along to it and getting into the groove, well bingo, that’s what this one did to me. With only a few to go, let’s see what else is in store for ‘IX’ as ‘Tarquinius Superbus’ has the name of what could be an Iron Maiden song, they use that as they channel them a little with a killer rhythm guitar throughout with that Maiden reminiscent tone and the cleanest tone on a guitar solo so far, but ‘Who You Need To Blame’ is riffy and rockin’ but towards the end sounds like my record keeps skipping. Lastly ‘The Nectar Reprised’ is as it says, a cool little regrab from the above track of the same name and a doomy and gloomy way to round out this pretty solid effort.

So, is it my favourite album of 2014, no, but I enjoyed the heck out of it, now to put these candles out before they start a fire. Safety first. In all seriousness, after thirty years as a band and to still be kicking out tunes this rockin’ is a pretty damn good effort, well done Corrosion Of Conformity, may I one day be cool enough to call you C.O.C.

Check out our interview with Woody of Corrosion Of Conformity HERE