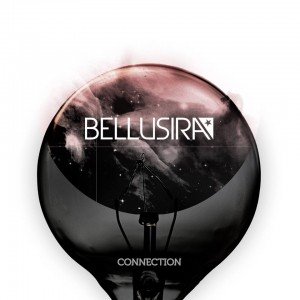 Welcome to my favourite album released in 2013 so far! This one jumped at me and surprised the b’jesus out of me. I had never heard of Bellusira before so when this landed in my hands and I finally got around to checking it out, I kicked myself that I hadn’t done so weeks earlier. So now after listening for well over six weeks it’s fair to say that if every album that came out of Australia sounded this good then watch out world… but let’s break it down.

Newest single and lead track ‘Cachango’ is simply more kick ass than the movie that bears that name, this has a melody and groove that is second to none and how this isn’t a smash on the radio or well, anywhere amazes me. It’s been stuck in my head for weeks and randomly I just find myself humming it which is the sign of a killer track, and to the point where it made it as ‘Video of the week’ on the site, for two weeks. So much so that I could happily turn the album off after one song and be happy. ‘By Your Side’ with its big chorus and smooth verses is a great track and a guitar solo, well with that you’ve got a win in my books every time…  A song like ‘Wide Awake’ continues in the same vein that you’d expect from what you’ve already heard with the last two tracks, but this one musically for me I absolutely love, the guitars throughout here are the standout and vocally, singer Crystal gives her pipes a good work out and shows us just what they can do, and trust me, it’s good. Oh and the breakdown ending, is heavy and outstanding. What I do love about this band is they know how to write a song, the formula is there and with more hooks in these songs than your local fishing competition, they can do no wrong.

I seriously don’t want to sound like I’m just going to keep gushing over this album, but it’s hard not to when song after song is a winner, ‘Follow’ for instance, big, catchy and a standout here. Production wise this album is perfect, side note, it’s so random to see that along with Bellusira, a guy named Ricki Rae produced it and I actually knew Ricki down in Victoria when we were both much younger via our parents, he was always in his home studio back then, so it’s amazing to see that he has continued this and is able to make albums of this calibre, but, back to the tunes, and even the hauntingly beautiful ‘ballad’ here ‘Made Of’ is placed right where it needs to be and is a great set up for what was a previous single for the band and made it to the album in ‘Culprit’ as the volume gets that quick wrist flick back up and it’s on… ‘Now you got something to say?’ why yes I do, this song is marvelous! Check it out below for what I’m talking about and you’ll agree… it’s so refreshing to hear a band that has this much talent and can use it, especially after seeing them in a live environment it’s evident they are all extremely talented and here’s hoping more will see this in the future.

Only half way through the album, I’m still enjoying listening to it, now for the umpteenth time, so when that happens you know you’re onto a good thing. ‘Soul Call’ takes the tempo down a little again and builds throughout, but ‘Closer’ once again musically finds a groove that works and BAM here’s the chorus, take that world, here’s Bellusira, I think what actually makes this album so enjoyable is you can almost hear the heart and soul the band has put into these songs and it comes across as real, and that is the sign of not only a good band and good songs but of pure passion for their craft. Take ‘Warrior’ here, which was a standout at their live show and this late in the album for such a good song is also a good sign of an all killer no filler type release.

With only a couple to go, ‘Break It’ is interesting with its more frantic style verses and dropped down chorus, it works well here, and we got out with the huge rocker that closes as we came in to the album, big and loud, this one is ’Changed’  and have we been? Sure have, well I have, changed in the way of thinking that such a killer album has been released practically independently, and amazed that this band hasn’t been snapped up by a major label and that maybe they don’t need to anymore… As I said at the beginning, this one has blown me away and I challenge any album to be released this year to top it.