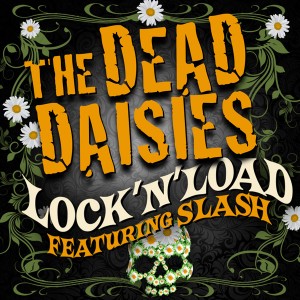 Fresh off ZZ Top’s Australian Tour, The Dead Daisies are set to release their lead single ‘Lock ’N’ Load’ (single artwork pictured to the right). Featuring the signature guitar riffs of Slash and laced with Jon Stevens’ trademark vocals this classic track will rock you to your very core.

“Slash and I wrote ‘Lock ‘N’ Load’ which was recorded with John Fields, who produced The Dead Daisies album. Slash loves the song and the album, and is really happy with the way they have turned out. He doesn’t just play on anyone’s album… this is a labour of love.” – Jon Stevens

Joining The Dead Daisies directly off the Thin Lizzy Australian tour is Californian, hard rock bassist Marco Mendoza. With a career spanning more than twenty years, Mendoza has played with the cream of the rock industry, including Thin Lizzy, Ted Nugent and Whitesnake.

Listen to The Dead Daisies: https://soundcloud.com/thedeaddaisies

Marco Mendoza comes from a very musical family and started playing the guitar at an early age.

He is perhaps mostly known for his work with a number of rock bands and artists such as Thin Lizzy, Blue Murder, Whitesnake, Ted Nugent, Neal Schon and Soul SirkUS, Lynch Mob, as well as diverse artists such as Dolores O’Riordan from The Cranberries. He is currently touring with his solo project and Thin Lizzy.

Throughout his career, rhythm guitarist David Lowy has played extensively with various Australian rock bands, including Red Phoenix, Mink and The Angels.

Clayton Doley is Australia’s finest Hammond organist and is quickly gaining international recognition as one of the top new players on the world stage.

He is constantly in demand for touring projects, even with his own busy touring commitments he manages to tour with artists such as Harry Manx and Eugene ‘Hideaway’ Bridges, and has in the past toured with Steve Cropper and Donald ‘Duck’ Dunn, David Garibaldi, Nigel Kennedy, A Camp, Silverchair, The Divinyls, and Jimmy Barnes.