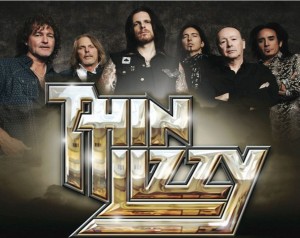 Already announced as part of the biggest rock tour of the summer with KISS and Motley Crue, Irish rockers Thin Lizzy will also be taking to the stage for a headline show in Sydney out at Penrith Panthers.

The band has announced that after a lot of soul-searching and out of respect for Lynott, they would not release a new album under the Thin Lizzy name, and would also retire it from live performance next year.

But before they do that, we have 5 x doubles passes to give away to tomorrow night’s show at the Evan Theatre at Panthers Penrith, Sydney.

All you have to do is email us your full name and contact number and the subject of THIN LIZZY PENRITH and the first five entries received get the tickets.

So get in quick! It will be a great night!

Check out our photos from the Melbourne show HERE