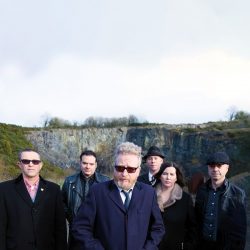 Due to high demand, catch quintessential Irish-American Celtic Folk/Punk band Flogging Molly are playing a SECOND Melbourne show at The Croxton this April! Known for their distinctive fusion of traditional Irish music and hard-hitting Punk Rock, their impassioned live show has won the hearts of many Aussies over the past two decades. A limited number of tickets remain on the […]

END_OF_DOCUMENT_TOKEN_TO_BE_REPLACED 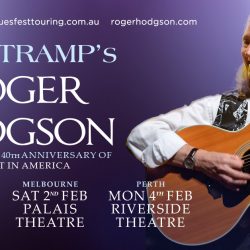 Roger Hodgson, famous for all of the classic Supertramp mega-hits that he wrote, composed and sang, will embark on a new world tour to celebrate the 40th anniversary of‘Breakfast in America’. Roger’s songs are timeless, and his mesmerising performances continue to connect in powerful ways to fans everywhere. ‘Breakfast in America’ was the #1 album of 1979 in the Australian charts, holding the top spot for […]

END_OF_DOCUMENT_TOKEN_TO_BE_REPLACED 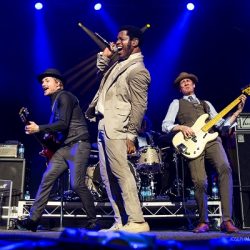 “Vintage Trouble made you feel every sweaty note, a full-tilt, damn the torpedoes showcase” – Star Telegraph “The band is the real deal, playing old-school rhythm and blues mixed with a bit of rock, pulling off some amazing stage antics and some outfits lifted right from the fifties.” – The Scene Magazine Vintage Trouble blew away Bluesfest audiences with their […]